Prophetic Witness Movement International
Looking for that blessed hope...
Titus 2:13
May
01
2019
1
min read
A- A+
read 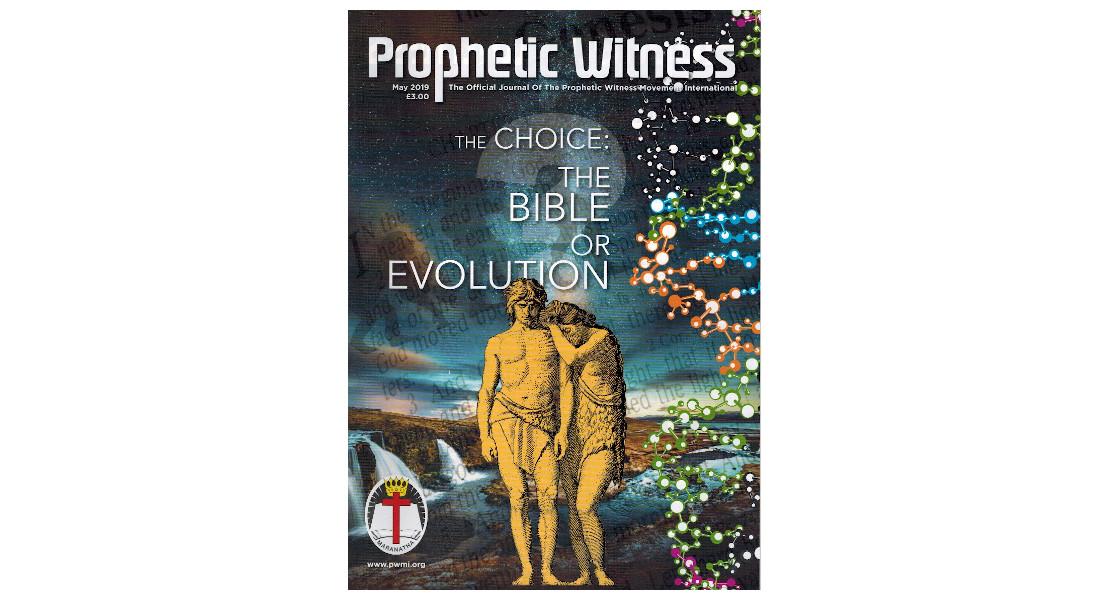 The Choice -
The Bible or Evolution

CHAPTER 1:
THE CHALLENGE OF THE BIBLE

...
... “All Scripture is given by inspiration of God, and is profitable for doctrine, for reproof, for correction, for instruction in righteousness, that the man of God may be complete, thoroughly equipped for every good work.” 2 Timothy 3:16-17.

However in spite of this there is one book that has become a bit of a problem for many Bible believing Christians. Many Christians sadly do not have the same confidence in the Book of Genesis as they have in the rest of the Bible.

It is true that for most believers, the problem is not usually with the whole of the Book of Genesis, but usually only with the first eleven chapters of the book and in particular the first three chapters. This has come about mainly as a result of tremendous pressure from the secular world which constantly proclaims that the theory of “evolution” has been “proved” by scientists. This claim is reported in all spheres of the media on a daily basis resulting in many Christians becoming confused. The “evolutionary” Scientist's and the Bible cannot both be true as they contradict one another. Sadly many are persuaded that the “scientists” must be right and end up saying that they “believe” the Bible is the Word of God, but are not prepared to accept the Creation narrative and most of the first eleven chapters of the Bible.

This is where the Bible becomes a challenge to mankind, as the Bible starts with Genesis Chapter one, verse one which states quite clearly: “In the beginning God created the heavens and the earth.” Genesis 1:1.

As a Christian I believe that the Bible from the first verse of Genesis to the last verse of the Book of Revelation is the inspired, God breathed, Word of God. Therefore in this chapter I will defend the claims of Holy Scripture and present six TRUTHS from God's Holy Word that conflict with the commonly held “worldview.” The first four are found in the book of Genesis, the book of beginnings.

Powerpoint - from Glyn Taylor
The Choice - The Bible or Evolution
Our Statement Of Belief
In Touch
Certainties And Uncertainties in Daniel
Joel "The Day Of The Lord"
From Our Israel Desk
Christ In Prophecy
Signs Of The Times
World Peace Hinges On The Status Of Jerusalem
What In The World Is Happening?
Church & Branch Listings
What's On
Book Of The Month