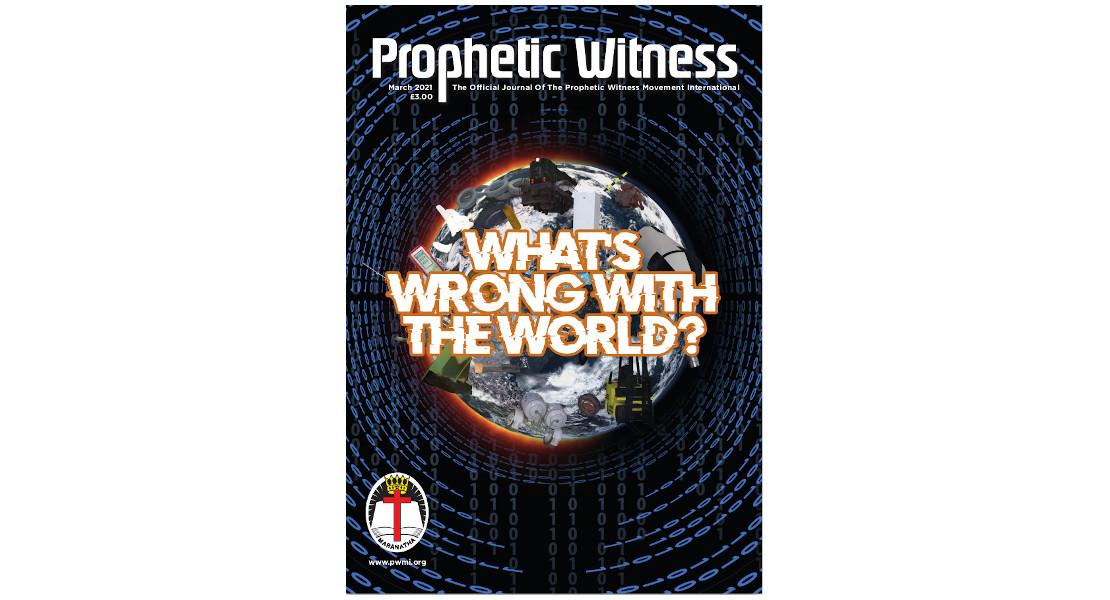 What's Wrong With The World?

Such was the impact of Pentecost upon first century Christians that we read they turned the world ‘upside down’ — which statement implies that they found it the wrong side up and thus reversed it to its true position. Well, it must be evident to the most casual observer that the world is again the wrong side up, and thus so adverse to what its Creator meant it to be. Even secular writers describe the turbulent age in which we live as ‘a topsy-turvy world’, or say that ‘the world has gone crazy’, or ‘the nations are heading for Armageddon’. These, and other delineations of the colossal upheaval in world affairs, all alike, indicate that somehow it has lost its equilibrium and is struggling to return to the paradise of peace.

It goes without saying that we live in a revolutionary age, both nationally and morally, and disruptive forces greatly contribute to earth's unhappy plight. Somehow, the bottom is falling out of things. Thrones, governments, and systems change with startling rapidity — often in a river of blood. What else can we expect but disorder and disaster with our professedly Christian nation spending more money in a year for dog licences than it does for the evangelization of the millions still in heathen darkness? Think of the enormous sums every nation is spending on the production of war weapons all in the name of national defence! When men trust. more in their nuclear warheads than they do in God, Who offers Himself as their defence, what else can we expect but wars and rumours of wars?

The lawlessness predicted by Paul is upon us. There are subversive forces, such as godless Communism, bent on the destruction of the constitutional order of things. Rulers are not able to rule. Militant workers are able to scoff at law and order, and hold a nation to ransom until their claims are met. In university, school, home and community life we have rebellious youth who have little time for social, parental or educational restraint. The Psalmist depicts those who break even Divine bonds and cast away highest restraints (Psalm 2).

Further, the rapid spread of crime is another element making for national disintegration. Jesus predicted that toward the end of the Gentile age, iniquity would abound — and it certainly is increasing at a rapid rate. The diabolical, atrocious deeds some men are capable of, make one shudder. Murders, crime, theft, and immorality in national life are increasing at an appalling rate. Society is corrupt at the core. Going back over millenniums, we read how those of Noah's day were so violent and corrupt that God had to destroy them all.

Then what about the gross materialism of our time? How earthbound we are becoming! A sordid selfishness and earthiness is robbing life of all that is beautiful and sacrificial. Risking their chance in the next world, men are determined to have a good time in this one. Humanism bows out any necessity of God in one's life. Julian Huxley would have us believe that ‘the universe is a mud pie made by two blind children — matter and force’.

Atheism is eating its way into every section of society. Present day education has little room for God. In fact, much of our modern school training is anti- Christian and turns out thousands of cultured pagans. Right in the forefront of the pitiable condition of society is the failure in modern day home-life to stress the necessity of character-building, and to create a loving Christian atmosphere in which children can grow up in the fear of the Lord. No nation is ever any higher, spiritually and morally, than its homes.

In the religious realm, we have the bankruptcy of organised religion. The spiritual impoverishment of the church is largely responsible for many problems of the day. She is no longer the conscience of the nation in which she exists. Would that God would make her, yet once again, as terrible as an army with banners! if civilization is to be saved from disaster, we must have a revival of first century Christianity — and that speedily! There must come national humiliation and repentance, and a determination to order every phase of life by the precepts and principles of Jesus Christ.

As world betterment is bound up with individual responsibility, to get the world right, we must begin with ourselves. There is no such thing as neutrality when it comes to personal influence. Thus, the question of paramount importance is, Am right with God, and living in such a way as to be a constant rebuke to the godlessness of my nation? Each of us has need to pray, ‘O Lord, send a mighty revival and let it begin in me!'

Powerpoint - Philip Jones
From The Editor's Desk
In Touch
What's Wrong with the World?
The Preparation of the Bride
Signs Of The Times
Who Discourages Watchfulness?
Our Statement Of Belief
From Our Israel Desk
None So Blind
Another Look at Ezekiel 38 & 39
What In The World Is Happening?
What's On
Church & Branch Listings
Book Of The Month