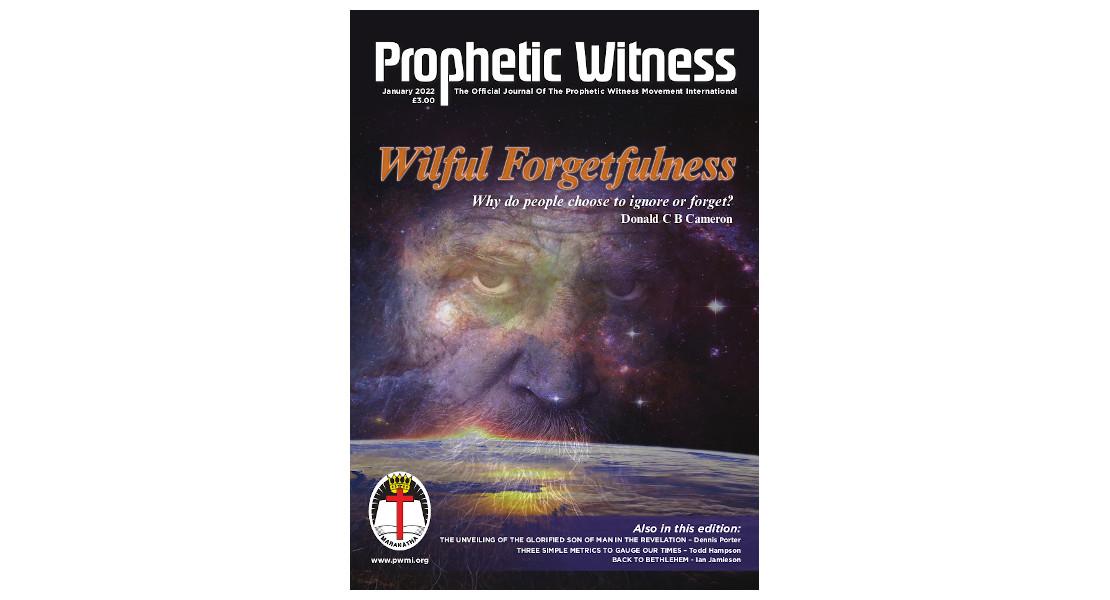 Why do people choose to ignore or forget?

Chapter 3 of Peter's Second Epistle will be familiar to virtually all students of prophecy. The scope for expounding is enormous. Here I wish to touch on some less commonly covered aspects. It is easy to be preoccupied by the scoffers, but Peter is initially addressing the non-scoffers, intending to “stir up your pure minds by way of reminder” (v1). All quotes are NKJV.

I confess that I having often concentrated on what the scoffers do not want to believe about Christ’s Return, rather than on why they do not want to believe. Human will is involved; it is a case of convincing themselves that what they know to be true, is false. The scoffers to whom Peter refers are within the Christian community, aware of both Creation and the Flood. There are some within churches who simply do not want to believe inspired prophecy, because of the personal implications and inconvenient demands upon their lives.

When it is simply a question of lack of understanding, it is surely worthwhile making every effort to expound prophecy, and to do so sympathetically and courteously as well as firmly. Because of the lack of teaching in some churches, it is possible to be pure minded without being aware of the entire end-time programme. When, on the other hand, it is a question of deliberate evasion, distortion or poking fun at prophecy, only preaching a Gospel of repentance can avail. Challenging scoffers is rarely a rewarding activity, but it must be done, for their sakes, as much as anyone else's.

We are urged by Peter to be ‘mindful’ - to meditate and think about these things, to turn them over in ‘our minds: “Be mindful of the words which were spoken before by the holy prophets, and of the commandment of us, the apostles of the Lord and Saviour” (v2). Why should we be mindful? Peter explains: “Scoffers will come in the last days, walking according to their own lusts, and saying, ‘Where is the promise of His coming?” (Vv 3-4). ‘Coming’ here is parousia, which can cover the whole Second Coming process from the Rapture to the Return in Power, or may focus on any individual part.

I have sometimes quoted these verses without commenting on the phrase: “walking according to their own lusts” (v3). It is actually very significant. Peter adds: “For this they wilfully forget: that by the word of God the heavens were of old, and the earth standing out of water and in the water” (v5). He refers to that past global judgment and links it with future global judgment, the first being the precedent for, and guarantee of, the second. If these people through deliberate forgetfulness wipe from their minds the truth of God's righteous acts of judgment past, they will find it easier to ignore future judgment.

But why do they choose to ignore or forget? Recently I was struck by the words of FB Hole, written about 1930: “It would seem that immediately the apostle Peter returned to the subject of true prophecy, he was conscious of the fierce antagonism to it on the part of adversaries. Hence, first of all, he issues a warning, and that especially as to the ‘opposition to be expected in the last days from scoffers walking after their own lusts. Wishing to give free reign to their carnal desires, they deride that which would most put a check on them.” Peter goes on to describe their excuse. “For since the fathers fell asleep, all things continue as they were from the beginning of creation” (v4). This is the dogma of continuity, from which, evolution was developed. It is assumed that for countless millions of years, progress has been very slow and will continue to be slow. The powerful case against the theory of evolution is ignored. Those outside our churches have some excuse; those within have none.

However, Peter brings them back from their excuses to the graciously revealed truths and its demands...

Powerpoint
From The Editor's Desk
The General Director's Annual Report 2021
Wilful Forgetfulness
Our Statement Of Belief
From Our Israel Desk
Three Simple Metrics to Gauge Our Times
Signs Of The Times
The Unveiling of The Glorified
Son of Man in The Revelation
Back To Bethlehem
Transhumanism Leads to the Tribulation
Church & Branch Listings
Subscriptions
What In The World Is Happening?
What’s On
Book Of The Month