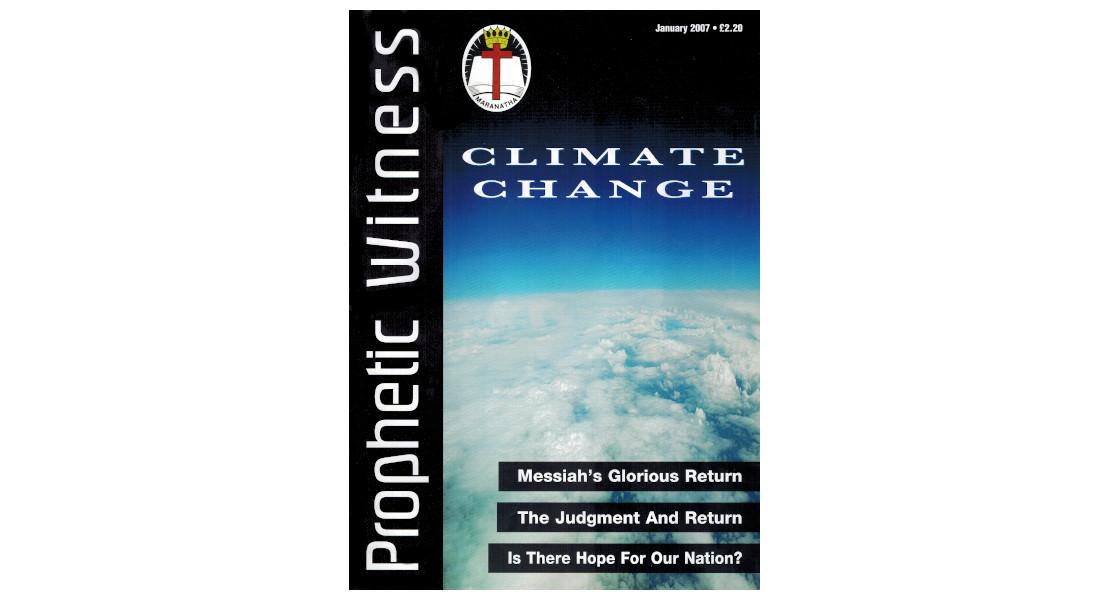 The psalmist reminds us that, “The earth is the Lord’s and the fullness thereof”, so we may rest assured that the ‘Designer of Creation’ is well aware of the situation. Some readers may remember the book by CLARENCE LARKIN entitled ‘DISPENSATIONAL TRUTH’. It contains numerous charts and diagrams illustrating the scriptures. In his chart on GENESIS he lists the  descendants of Adam to Noah and their longevity, from which we note they lived nearly 900 years, but after the flood, life expectancy was reduced until the average became ‘three score years and ten’. At the bottom of this chart Clarence Larkin put the following footnote:

“Note the difference in the length of life of those before the flood and after the flood. Due probably to climate changes at the time of the flood these changes will be reversed at the Return of Christ to Olivet. (Zech. 14:4. Ex. 47:6-12) And human life again extended. (Isa. 65:20-22)”

In this footnote there appears to be a significant clue in a nutshell as to why the world is facing another Climate Change. It is now a century since the author was inspired to pen his thoughts. His knowledge of God’s prophetic plan enlightens our understanding considerably and enables us to see climate change in its perspective. He concludes that the present climate change will reach its climax at the Second Coming of Christ to the Mount of Olives with ten thousands of His saints. So between now and then, the variations of weather patterns and the Tribulation judgments spoken of in the book of Revelation will come to pass. Mankind however, is of the opinion that atmospheric pollution is the guilty party, and most likely is, but it could also be, that our God of the impossible is using all these elements to renovate the earth in preparation for its new role as the Millennial Kingdom? Following God's warning in the days of Noah, when judgment fell, the earth was covered with the flood waters and only eight righteous were saved. The world is now heading towards another judgment day. Through the prophet Isaiah (13:11) God has spoken: “And I will punish the world for their evil, and the wicked for their iniquity; and I will cause the arrongancy of the proud to cease, and will lay low the haughtiness of the terrible”.

Then in Isaiah (13:13) our God of the impossible announces His intentions: “Therefore I will shake the heavens, and THE EARTH SHALL REMOVE OUT OF HER PLACE in the wrath of the Lord of Hosts, and in the day of His fierce anger”.

The Second Coming of Jesus Christ to Mount Olivet will be the climax of the age. His coming will have destroyed anti-christ and his armies, Israel will see her salvation, Climate Change completed, so our God of the impossible will remove the Earth into HER NEW MILLENNIAL ORBIT. What a transformation there will have been, with God’s judgments from the last climate change now reversed, the curse will have been removed from the earth, the sting removed from the animal world and man’s longevity restored. Thy Kingdom has come! Read Isaiah 65:17-25.

17 For, behold, I create new heavens and a new earth: and the former shall not be remembered, nor come into mind.

18 But be ye glad and rejoice for ever in that which I create: for, behold, I create Jerusalem a rejoicing, and her people a joy.

19 And I will rejoice in Jerusalem, and joy in my people: and the voice of weeping shall be no more heard in her, nor the voice of crying.

23 They shall not labour in vain, nor bring forth for trouble; for they are the seed of the blessed of the LORD, and their offspring with them.

24 And it shall come to pass, that before they call, I will answer; and while they are yet speaking, I will hear.

25 The wolf and the lamb shall feed together, and the lion shall eat straw like the bullock: and dust shall be the serpent's meat. They shall not hurt nor destroy in all my holy mountain, saith the LORD.

Yes, it was the God of the impossible who flooded the earth at the time of Noah. When the Israelites were being pursued by the Egyptians, He parted the waters of the Red Sea and they went over on dry land. Now God is preparing for His New Millennial Age, where peace and righteousness will prevail and the earth will be full of the Glory of the Lord.

GOD IS WORKING HIS PURPOSES OUT!

Other articles on Climate:

Global Warming by Bernard A. Reeves