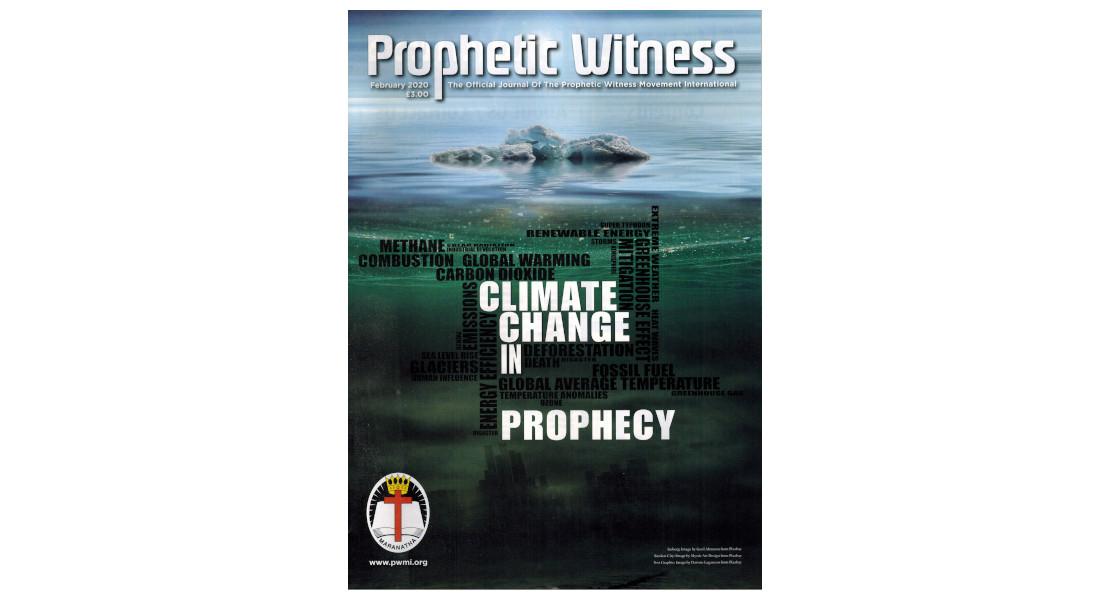 2019 was a year in which climate change became prominent like never before. In particular, a young girl named Greta Thunberg, became an instant celebrity because she boycotted a school lesson to protest climate change. Since then, she has inspired young people in various countries to strike. In March last year, globally, over 1 million people joined a climate protest. In May that same year, there were 1600 events across 150 countries. On September 20th last year, there were an estimated 4500 strikes, including over 4 million people, most of them being school children. Greta gave a very passionate speech to the United Nations, during which she stated the following words:

“You have stolen my dreams and my childhood with your empty words.”

In other words, Greta sat there stating that unless human governments drastically intervene, she, and those she speaks for, have no hope. Recently, there has been a rise in what is being called, ‘eco-anxiety’ or ‘climate change despair’ - so called mental health issues. There is a generation at the moment, who because of the media narrative surrounding climate change, have no hope and are given over to fear and despair. Greta also ended her speech by saying, “change is coming whether you like it or not.”

Yet as Christians, we should not look to the media, politicians, or little girls for our source of hope and truth. We look to the Word of God.

The Bible has a lot to say about climate, in history, but also in prophecy, so this article will consider some of these passages. Please turn firstly to Genesis 1:28. In this verse, God commands man to be fruitful and multiply, and replenish the earth. Replenish means to fill. God also tells man to subdue the earth and have dominion over it. Subdue means to conquer, or can even mean to violate. Dominion means to prevail, reign or rule. Please turn to Genesis 2:15. Man is placed in the garden to dress it, which means to work it and to keep it, and also means to guard and protect it.

So the opening chapters of Genesis show that God has given mankind a special and unique privilege when it comes to the planet. We are to rule it, but also protect it. We have dominion over it, but we are also stewards of it and these two things must be kept in balance. Dominion without stewardship leads to the rape and misuse of the earth and its resources. Stewardship without dominion elevates the creation and creature and ends up with the worship of the planet. For instance, God judged ancient Israel when they over farmed their land. Also, Romans 1 explains that when people reject God, they end up worshipping the creature rather than the Creator. I think that there is certainly some merit to recycling, and reusable or biodegradable items, but it seems to me that some people are pursuing these kind of things with a religious fervour and the recent demonstrations on climate are another example of that. This article will consider three main concepts when it comes to the scriptural view of climate.

1. The origins of Climate

The climate has always been changing. Genesis chapters 6-9 records the account of the worldwide flood during Noah’s day. Before the flood, it had never rained - but under God’s judgement it did. Also, the underwater fountains. broke open and covered the whole world in water, massively impacting the environment and changing the world forever. Also, Genesis 8:22 says that God established the seasons and that He controls heat and cold. Before the flood it seems that the climate was stable all year round, but after the flood it no longer was. I sometimes joke that I believe in climate change because it changes four times a year - summer, autumn, winter and spring. What this verse teaches is that God controls the seasons and the climate, and so, whether we are in the middle of a heat wave or an ice age, God is in control of the climate. He is sovereign.

2. The Purpose of Climate

God uses climate change as judgement and blessing. Please look at Deuteronomy 11:16-17. God said that He would withhold rainfall, causing drought, as a judgement on His people if they turned away from Him. A famous example of this is the days of Elijah, in which God held back the rain for 3 1/2 years, and the climate changed. Please turn to Deuteronomy 28:11-12. God would use rain and a good food harvest as a blessing to His people. So, we have seen that God established climate, but now we see that He also uses it for His own purposes.

3. The Future of Climate

Bible prophecy shows that, during the last days, there will be significant changes to the environment on earth that will be particularly shown in the climate and topography of the planet. Revelation 8:7-12 describes the future tribulation period, during which, trees, grass, the sea, rivers, the sun, moon and stars will all be affected. It says that all the green grass will be burned up. Just imagine that for one moment. Sport activities would be affected, certain animals would be deprived of food and the world would just look different.

Revelation 16:3-4, and also verses 8-12 give more detail. Here we have God’s Bowl judgements on the sea and rivers and read of the sun scorching men with fire. But remember, this is caused by God, and not by the actions of man. Please look at verses 17-21 of the same chapter. We have giant hailstones described, but strikingly, we are told that all islands and mountains will disappear. Imagine what that could mean for this land one day. Either Britain will disappear below the sea or the rearranged topography would cause us to be physically joined to the rest of Europe. Either way, that is a drastic change of climate. Whatever happens, we must remember that God is in control and that He uses climate for His purposes and that will continue to be the case even into the tribulation.

Finally, please look at Revelation 21:1. After the ‘Millennial Reign’ of Christ, this earth will pass away and God will make a new heaven and earth, but this time there will be no sea. Once again, we see that the climate will be changed. It has changed before, it is changing, and it will always change until the new earth is made. Man is not responsible or able to stop or control its change. Yes we are to be stewards and care for the earth. But we are unable to significantly change or control the future of the climate and environment on this planet. God is sovereign and He alone controls and directs it and uses it for his purposes. Greta Thunberg said that change is coming whether we like it or not, and she was right, but not in the way she thinks. The climate will change the way that God wants it to; the way that He has said it will, and this will happen whether Greta or any activists or politicians or anyone likes it or not. This brings me back to Greta’s speech.

Whereas in the world we see a rise in ‘eco-anxiety’, Philippians 4:6 says, ‘Be anxious for nothing.’ When we remember that God is sovereign we can rest assured, knowing that our future is secure in His hands and nothing can happen outside of His control. Whereas Greta says her dreams and childhood have been stolen, the Christian can rest in the knowledge that his or her future is secure; that there will be the rapture, the millennium and a new heaven and new earth to dwell in one day. Whilst millions of people gather in protest, motivated by fear and despair, 1 John 4:18 says that perfect love casts out fear. The Christian can be assured of the grace of God with nothing to fear, and out of perfect love is able to share a message of hope, the gospel message, with a lost and dying world that is increasingly given over to fear, anxiety and despair. God has already had the last word on climate change; all we need to do is trust and believe what He has said.

Other articles on Climate:

Global Warming by Bernard A. Reeves