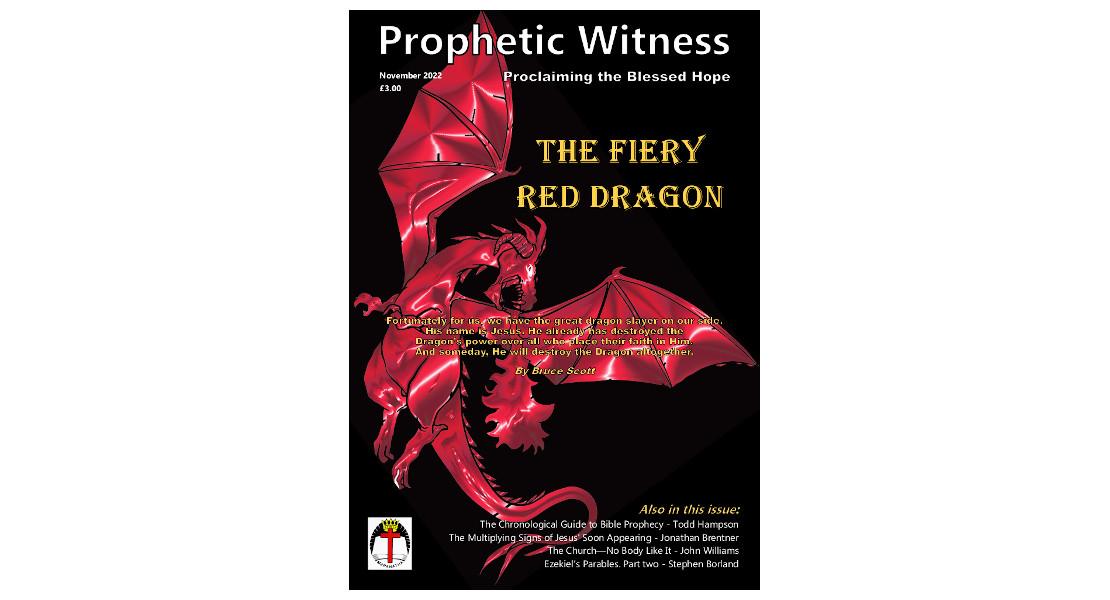 He’s a deceiver, despot, destroyer, and defamer. He’s the Devil, and he wants your soul.

All he wanted was a sugar apple. He didn’t know it would cost him his life.

Muhamad Anwar, a 31-year-old fisherman, probably knew he was trespassing when he climbed the sugar apple tree in Indonesia’s Komodo National Park in 2009. But the fruit was tempting. Perhaps he would have changed his mind had he known what lurked below—two Komodo dragons. Komodo dragons are the largest lizards in the world. These carnivorous predators grow up to 10 feet in length; weigh up to 200 pounds; and use their powerful tails, sharp claws, jagged teeth, and deadly venom to destroy their prey. Their venom is so potent it “rapidly decreases blood pressure, expedites blood loss, and sends a victim into shock, rendering it too weak to fight.” 1 Although Komodo dragon attacks on humans are rare, they happen—and sometimes with tragic results.

While picking the forbidden fruit, Muhamad lost his footing and tumbled to the ground. The Komodo dragons immediately pounced on him. By the time local residents came to his rescue, Muhamad was so badly mauled he died from his injuries.

Muhamad’s story somewhat mirrors that of Adam and Eve in the Garden of Eden. There, a different reptile (a serpent) at a different tree also brought death. But behind that reptile lurked the true culprit—the ultimate enemy of God known as the Devil or Satan.

Unfortunately, Adam and Eve weren’t the serpent’s only victims. Sin and death passed to all their descendants, except for one: the divine, sinless Son of Man, Jesus. Of Him it was prophesied that He would come into the world through the nation of Israel and, by His death and resurrection, crush the serpent’s head, forever rescuing the souls of men.

God said in the first book of the Bible, “I will put enmity between you [the serpent] and the woman, and between your seed and her Seed; He shall bruise your head [strike a deadly blow], and you shall bruise His heel” (Gen. 3:15). This cosmic conflict, which has driven world history, also appears in the last book of the Bible, Revelation. In chapter 12, through a divine vision given to the apostle John, we see an overview of history, including the enmity predicted in Genesis 3:15. The vision involves three main characters who represent actual players on history’s stage. The woman represents Israel, the male Child represents Jesus, and “a great, fiery red dragon” represents “that serpent of old, called the Devil and Satan” (vv. 2–9). In both ancient mythology and the Bible, dragons are viewed as giant monsters to be dreaded and opposed. From God’s perspective, a dragon best depicts His archenemy, Satan.  ...

(Please note: Only part of this article has been reproduced here. )

Powerpoint - Richard Salmon
From The Editor
In Touch with the General Director
The Fiery Red Dragon - Bruce Scott
The Chronological Guide to Bible Prophecy - Todd Hampson
The Multiplying Signs of Jesus’ Soon Appearing - Jonathan Brentner
Signs of The Times - Tony Pearce
The Church - No Body Like It - John Williams
Israel Desk - Tony Pearce
Ezekiel’s Parables - 15:1-18 & 19:1-14 Part 2 - Stephen Borland
What In The World Is Happening? -
Brian Papworth
‘What’s On?’
Book Of The Month