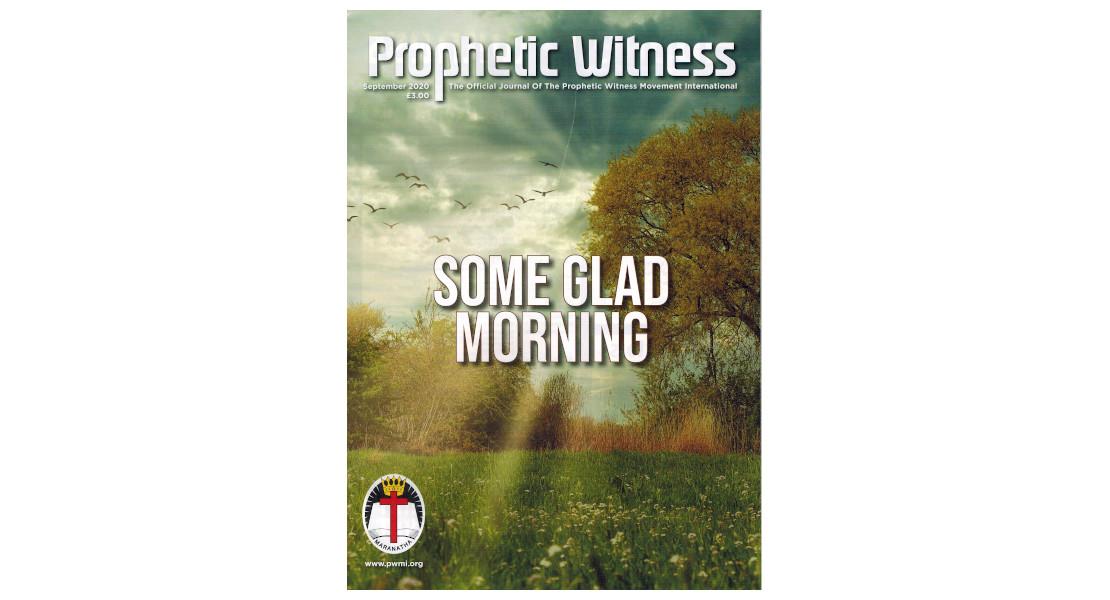 Let me take you down memory lane when we used to have hymn books in the back of which were sections such as, “The Second Coming of Christ” and “The Future Life.” Perhaps it’s decades ago since you last sang “Over there, over there, oh think of the home over there”, “In the sweet by and by, we shall meet on that beautiful shore”, “He the pearly gates will open so that I may enter in” or “Face to face shall I behold Him, far beyond the starry sky.” Why were hymn writers of previous centuries often aware of Christ’s return and impacted so forcibly by the 404 verses of the ‘Revelation of Jesus Christ’ given to John on Patmos Island? Are we selling our fellowships short by curtailing teaching on the second coming and dodging the detailed exposition of prophecy because it requires too much study? A young lady said to me recently, regarding the Second Advent, “It fascinates me to an extent, but it also frightens me.”

It is essential that Christians should know what the Bible says about the Second Coming of Christ.

Teaching on the Second Coming seems like a wave of the sea. It gains prominence and rises and crashes on the shore. Then it seems to fall away and people say, “I can’t remember when I last heard a message on the Second Coming.” It’s surely time another wave rolled in as we are obviously nearer now than we have ever been.

Apparently, in the twentieth century, there arose over 10,000 false cults. One was the Unification Church (The Moonies), started by the Korean Sun Myung Moon who died in 2012. Wycliffe Bible Translators’ magazine mentioned The Eastern Lightning Cult that preaches that a female Christ has already returned and is waiting in China to reveal herself.

Last century, Billy Graham used to say, “Bible teaching about the Second Coming of Christ was thought of as ‘doomsday’ preaching. But not anymore. It is the only ray of hope that shines as an ever-brightening beam in a darkening world.”

Dr Clifford Hill in “Prophecy Today” has written, “We believe there is a pressing need for the study of biblical eschatology to counter many false teachings which abound today. It is essential that Christians should know what the Bible says about the Second Coming of Christ and the conditions leading up to the Parousia.”

The doctrine of Christ’s return is mentioned over 300 times in the New Testament alone and not one New Testament writer fails to speak of the Lord’s coming again. One of the by-products of Second Coming teaching is that it is a great morale booster.

When anxious non-believers sigh resignedly “Everything is falling apart”, the Bible believing Christians think expectantly, “No, everything is falling into place.” I like the comment of John Stott, “Let’s not sleep or even yawn our way through life or live in our pyjamas; let’s stay awake and alert.”

Powerpoint - from Philip Jones
From The Editors Desk
Some Glad Morning
In Touch
7 Reasons Why Premillennialism Is A Biblical Necessity
Our Statement Of Belief
From Our Israel Desk
The Problem With Preterism
Church Branch Listings
Four Horsemen Cast Long Shadows
Signs Of The Times
What Is The New Apostolic Reformation?
Keep Watching For The Lord's Return!
What In The World Is Happening?
What's On
Book Of The Month