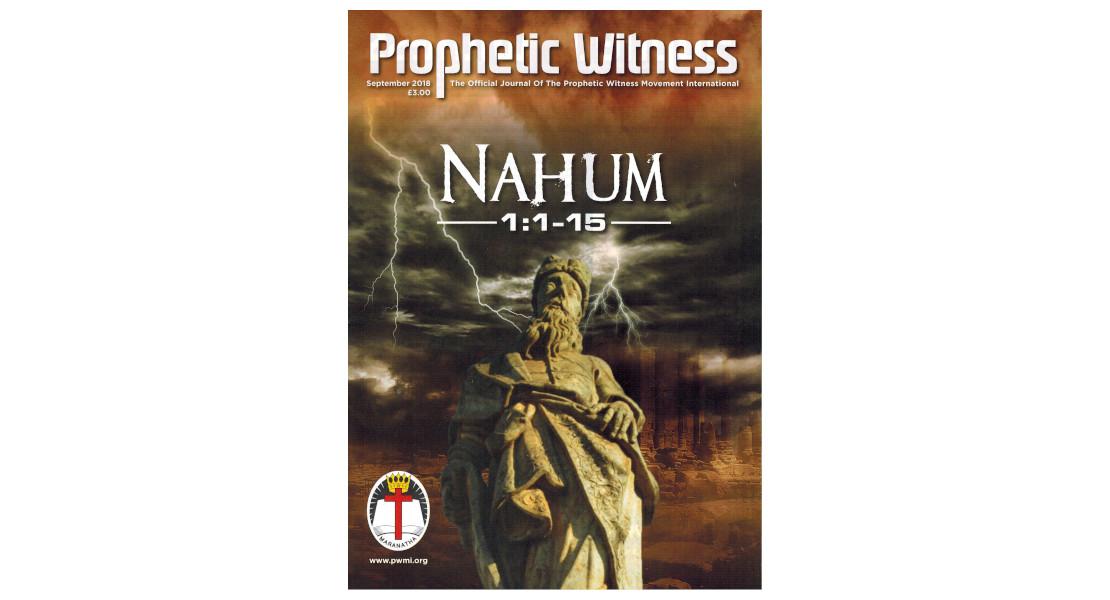 Nahum ... it's small, its compact, it's only 47 verses and 3 chapters; it‘s one of those wee books you could easily read in 1O/15 minutes. Small in size. Big in message. Little—known, little-used. It‘s a sequel to the prophecy of Jonah. It’s well worth reading; but, be warned, it can be a bit gory at times — it‘s doom and gloom.

You would almost think that the prophet had a one-track mind or only one string to his bow - his message is specific, and it's directed towards Nineveh; he doesn't miss them and hit the wall. The closing verse (3:19) says all that needs to be said: ‘Nothing can heal your wound; your injury is fatal.‘

The bell tolls rather ominously; this was the death knell of the vast Assyrian empire. In its heyday, it was a superpower — a mega empire that stretched across Asia Minor: from Egypt in the west, to the border between Iran and India in the east, and from Russia in the north, to Arabia in the south. It was big!

Here is a nation in freefall, because the judgment of God is levelled against her. When she fell, it was sensational and stunningly spectacular. Nineveh was a magnificent city; it was a case of God saying‘ 'You are the weakest link. Goodbye!' ...

Powerpoint - from Byron Jones
Nahum 1:1-15 - Dr Sam Gordon
From Our Israel Desk
PWMI Youth Report
Our Statement Of Belief
Christ In Prophecy
Signs Of The Times
In Touch
Credo
Certainties And Uncertainties In Revelation
What In The World Is Happening?
What's On
Book Of The Month