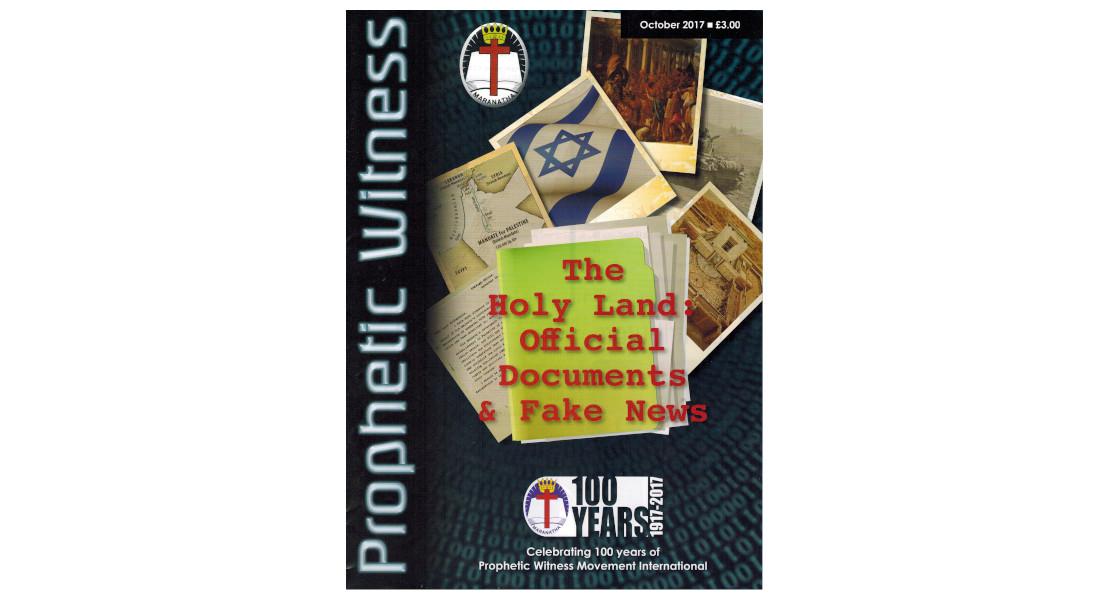 A Little Dose Of History

So history repeats itself. For the 50 years I have lived in Israel, every single new US president has made one of his top-priorities the goal of solving the Palestinian-Israeli conflict and bringing peace to the Middle East. And who doesn’t want peace? The Israeli people are desperate for peace. And I’m sure many Arab citizens also yearn for peace.

As President Donald Trump tries his hand at this ultimate peace deal, hopefully his advisers are supplying him with accurate briefs on the subject of "whose land is this?” Certainly, for every Bible believer, it is worth spending a few minutes to review the historical facts.

Yes facts, not fiction. Genuine historic documents — instead of the fake history that was first propagated by terrorist Yasser Arafat and now disseminated by all Palestinian leaders. Their rewriting of history has been phenomenally successful. Today the world’s 1.6 billion Muslims and almost all world leaders have accepted the "Palestinian narratives.”

Perhaps the only group of people who are currently open to the real facts will be Christians who are truth-seekers and their understanding is based first of all on God’s word. So here goes: Mohammed never visited Jerusalem and did not consider it important enough to mention in the Quran even once. Mecca is mentioned, but not Jerusalem. The Quran does refer to the children of Israel and states that the Promised Land belongs to them.

Some twenty-five hundred years before Mohammed was born, Abraham talked with his God who promised him the Holy Land long before any other current world religion was conceived. The Jewish Holy Temple stood on Mount Moriah 1500 years before Islamic warriors spread across the Middle East ultimately conquering great swaths of the earth and forcing Islamic conversion on its citizens. ...