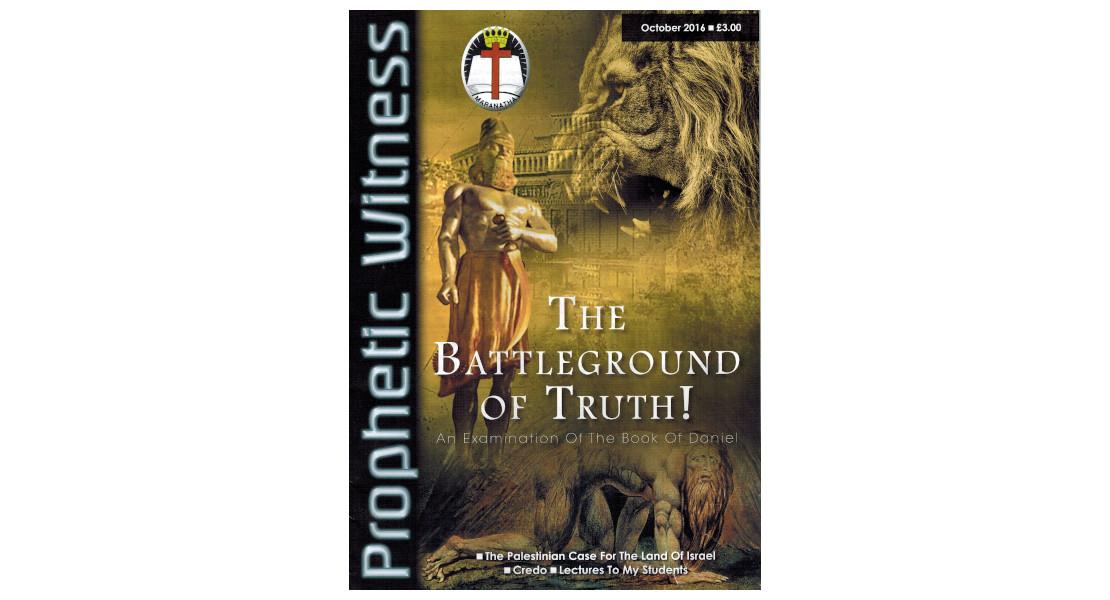 The Battleground Of Truth!

An examination of the book of Daniel

Daniel Chapter 4: The Deterioration Of The Ruler!

A special character attaches to this chapter from the fact that it contains a communication or letter, written by Nebuchadnezzar himself, and addressed to "all people, nations, and languages, that dwells in all the earth.” He had been favoured with many signs from God through Daniel’s interpretation of his dream in Daniel Ch.2, and in connection with the deliverance of Shadrach, Meshach, and Abednego from the power of the flames in Daniel Ch.3, and, under the momentary impressions produced, he had confessed Daniel’s God to be a God of gods, and a Lord of kings, and a Revealer of secrets, and that there was no god that could deliver as the God of Shadrach, Meshach, and Abednego. His heart, however, was unchanged; but in the narrative before us, which again is both historic and prophetic, we are permitted to see the way in which this idolatrous king is brought at last to “praise and extol and honour the King of Heaven" (Daniel Ch.3v37). Read in its conscience and heart to the testimony which reached him through the prophet Daniel, and that he thus became a servant of the "Most High.”

The proof of this lies in the royal communication to all his subjects. He desires that every person in his dominions should be made acquainted with his "conversion." The address of the letter has already been noticed, and a salutation, (Peace be multiplied unto you) follows this, which in its form is almost apostolic Compare 1 Peter 1v2. ln Daniel Ch.4vv2-3 he concisely states the object he has in addressing his subiects: “I thought it good to show the signs and wonders that the high God hath wrought toward me"; and then his heart overflows in admiration as he recalls what God had wrought, exclaiming, "How great are His signs! And how mighty are His wonders! His kingdom is an everlasting kingdom, and His dominion is from generation to generation." It is a good thing when the soul is constrained to confess what God has wrought by His grace; for, as the apostle teaches, “if the heart believes unto righteousness, it is with the mouth confession is made unto salvation" [Romans Ch.10v10].