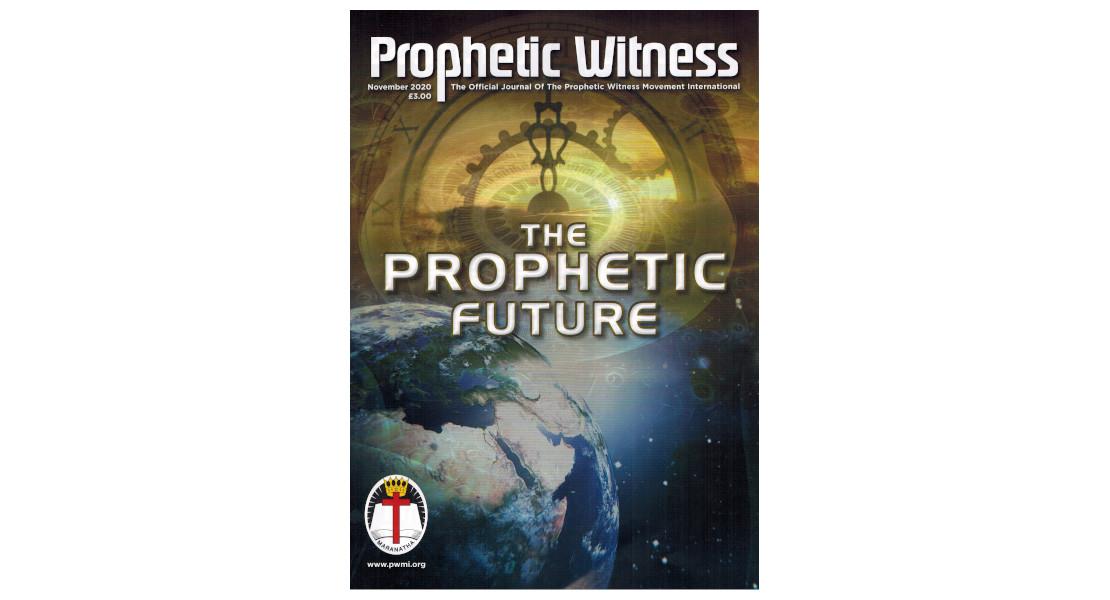 In commencing this study, it behoves us to remember that “we know in part” and consequently, dogmatism regarding the details of coming events, ill becomes those who write and speak about the future. That which is revealed has been given for our blessing and learning and we should seek to profit there from. Where Scripture is silent, it does not become us to speak. It should also be our aim to adhere as closely as possible to what is written in “the Scripture of truth.” Fanciful interpretations of the prophetic word should be avoided.

There is a vast background to the subject of this study. It would appear that failure to consider the whole prophetic programme has resulted in many misunderstandings and much superficiality of outlook. To many, it is sufficient that the Lord is coming again, and even among this class, there are many who never seem to have grasped anything further than “the Rapture.” When it is seen that “the Rapture” is but the first step in a glorious programme that includes such items as the manifestation of earth’s rightful Sovereign, the splendour of His reign, and ultimately the introduction of “new heavens and a new earth,” the mind is better equipped to apprehend the wondrous things that God has yet in store.

In this study, it is necessary to consider “dark things” as well as “bright things,” the awful end of Gentile dominion, as well as the glorious government of the “blessed and only Potentate.” It is good, however, to remember that the real title of the last book of the Bible is “The Revelation of Jesus Christ” and while that book discloses the character and career of the last great head of Gentile evil, its chief purpose is to reveal the sovereignty and glory of the Lord Jesus Christ.

In considering the prophetic word it is helpful to remember that God has made the Jewish Nation, the land of Israel and the City of Jerusalem the focal points of His plans for the earth; it is around these that His purposes revolve and in them will be the expression of His judgment and of His blessing in days that are, perhaps, not far distant.

It is proposed to consider this subject under a number of headings that will serve to indicate important aspects of the prophetic future.

Although the expression occurs in the gospel of Luke, it is really the subject matter of that important book in the Old Testament — the book of Daniel. Daniel supplies the history of governmental power committed by God to Gentile nations during the long period in which Israel has ceased to be the centre of Divine government in the world. The period called by our Lord “the times of the Gentiles” began with Nebuchadnezzar and will terminate with the Man of Sin. The history of Gentile world powers is given in the dream, and its interpretation, as recorded in chapter 2 of Daniel. The image is one connected whole and sets forth the continuity of Gentile dominion throughout the entire period. There is a deterioration of power observable in the different materials used, viz., gold, silver, brass, iron, clay and iron. The Babylonian represented by the head of gold was the most absolute and autocratic form of government the earth has known. The breast and arms of silver represented the Medo-Persian, where the dominion was not so autocratic, the king being restricted in his power by the authority of his princes. The Grecian power is indicated by the “belly and thighs of brass.”

A further decline is evident in the predominantly military regime founded by Alexander. The most important part of the image is the fourth kingdom and more particularly the last stage represented by the toes. The final form of Gentile dominion is a ten kingdom confederacy controlled and ruled ultimately by earth’s greatest Despot — the Man of Sin. Upon the toes of this image “the Stone cut out without hands” shall fall and thus the long period of Gentile rule will be terminated by an act of Divine Judgment. The glorious kingdom of Christ will ensue with its attendant blessings.

Powerpoint - Iain Jamieson
From The Editors Desk
The Prophetic Future
In Touch
Four Horsemen Cast Long Shadows
Every Knee Shall Bow To Jesus
Signs Of The Times
The Bema Seat
Church Branch Listings
Luke And The Kingdom
From Our Israel Desk
Our Blessed Hope Matters
Our Statement Of Belief
What In The World Is Happening?
What's On
Book Of The Month