Prophetic Witness Movement International
Looking for that blessed hope...
Titus 2:13
May
01
2018
1
min read
A- A+
read 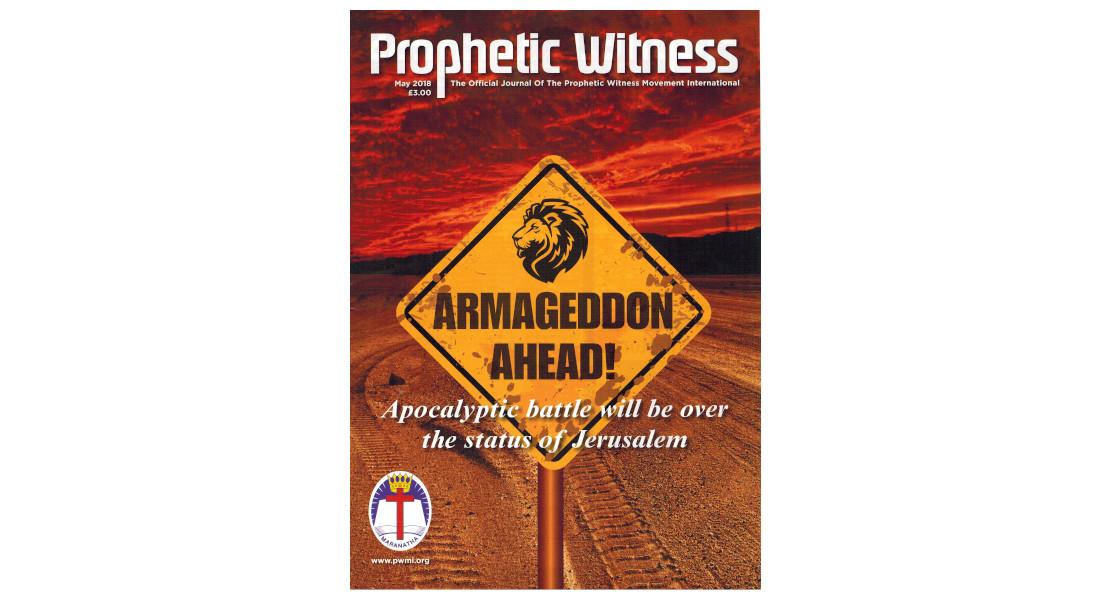 Apocalyptic battle will be over the status of Jerusalem.
by Charles Gardner

In the wake of the worldwide denunciation of President Trump’s earth-shaking decision to recognise Jerusalem as Israel's capital, nations are now queueing up to follow his lead.

And yet even while archaeological finds further confirm Jewish connection to the City over thousands of years, the UK and other major European powers stubbornly refuse to face reality.

In joining the predictable chorus of disapproval at the UN, the British people are in ever— increasing danger of being numbered among the goats of Judgment Day referred to by Jesus in the Gospel of Matthew (25:31-46).

This passage is widely interpreted to relate to how the peoples of the world have treated God’s chosen race — the "brothers and sisters” (in the flesh) of our Saviour, who was born the King of Israel (Matt 2:2) and is coming back as the Lion of the Tribe of Judah (Rev 5:5).

On my latest tour of Israel, I learnt a fascinating lesson that I believe relates to this important passage (Matt 25) — that sheep keep the grass neatly cut with their grazing while goats pull it out by the roots.

In the same way, true disciples of Jesus, the Great Shepherd, should follow him closely and feed on the rich pasture he has provided, that is nourished by the Law of Moses along with the patriarchs and prophets of Judaism. The goats, on the other hand, cut themselves off from the roots of their faith, as a result of which their pasture withers and dies (see Rom 11:17f).

Actually, the US Congress voted to recognise Jerusalem as Israel's capital 22 years ago, but successive ...

Powerpoint from Dr Charles H. Sommerville
Armageddon Ahead
Signs Of The Times
In Touch
Balaam - The Prophet From Pethor
Thy Kingdom Come
Young Romania Awakes!
The Cross - A Stumbling Block To The Jews And Foolishness To Gentiles
From Our Israel Desk
Our Statement Of Belief
Credo
What In The World Is Happening?
What's On
Book Of The Month