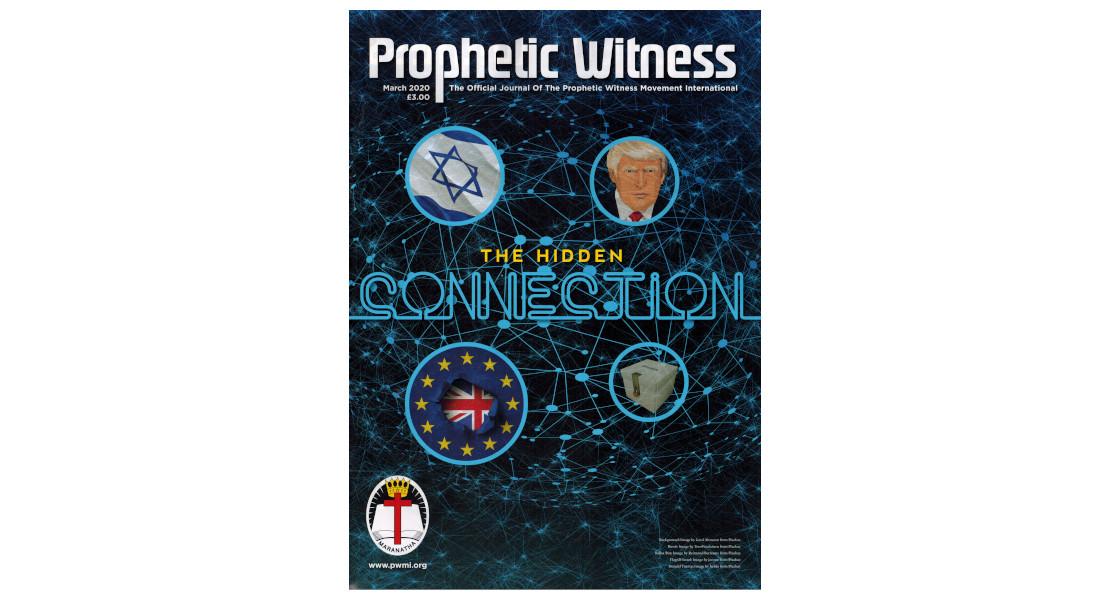 Brexit, Impeachment, Israeli Elections, and the Hidden Thread That Binds Them

“When these things begin to take place, stand up and lift up your heads, because your redemption is drawing near.” — Luke 21:28.

What do Brexit, the 100% politically-motivated impeachment of a US president, and an unprecedented third round of Israeli elections (in less than a year) have in common? One word —Globalism.

Forget Democrats vs. Republicans. Forget right vs. left. The real battle is between Nationalism and Globalism, and the real enemy behind it is none other than Satan himself. That may sound spooky or sensational to you, but give me a chance to explain.

This is all a preview of what’s coming in the opening throes of the future tribulation period. That future period will be characterized by three sets of seven judgements — 21 in all. The first set of seven judgments are known as the seal judgments.

The imagery is that of Jesus opening the title deed to the earth. He is personally reclaiming it as He breaks open the seven seals. In the first seal, we learn of a rider on a white horse. This figure is none other than the antichrist. In the lawless pandemonium, economic collapse, anarchy and societal free-fall following the rapture, the world will long for a Mr. Fix-it man— a charismatic global leader who will promise to bring order out of the chaos. Satan has always had such a man at the ready — awaiting his time to finally rule the entire world. There have been many prototypes. Hitler comes immediately to mind.

With the Christians gone, the globalists will help put their man into place. The one-world agenda will finally be adopted and implementation will begin. But there will be countries that resist. There will also be a world-wide revival as those who are convinced of the truth of Scripture (following the prophesied rapture) finally turn to Christ—and as 144,000 Jewish evangelists (spoken of in Revelation) preach the gospel to the post-rapture masses around the world.

Knowingly or unknowingly, these people are merely being used by the “principalities, powers, and rulers of the darkness of this age.”

Between the innate nationalism that will arise in certain areas of the world and the millions who will receive Christ as Saviour, the newly implemented globalist agenda will quickly move to militantly squash the resistance. Seal two is seen as a rider on a red horse — the horse of World War III.

So you see, Brexit, the US impeachment of President Donald Trump, and the coup-like legal attacks on Benjamin Netanyahu along with the division in all three countries are not unconnected events. These three crystal-clear moves toward sustaining Nationalism and resisting Globalism are being attacked by a cadre of Globalist movers and shakers behind the scenes. Knowingly or unknowingly, these people are merely being used by the “principalities, powers, and rulers of the darkness of this age” spoken of in Ephesians chapter 6.

The two things holding back such a world government from being implemented are the Church (all true believers in the world) and the lack of a global catastrophe. Those two conditions will be met simultaneously. When the rapture takes place it will remove the restraining influence of the church and provide the world-wide instability needed for the globalists to make their long-prophesied end-time move.

The fact that we’re seeing the foreshocks to these future conditions should get our attention. Jesus called the foreshocks, ‘birth pains’ (Matthew 24, Luke 21 & Mark 13). He very plainly and very clearly said that when we see all these things “begin to happen” that His return was very near (Luke 21:28)! We don’t know the day or the hour, but Scripture is clear that we can know when His return is drawing close, and all indicators are pointing to that fact. In the closing words of Scripture, “even so, come Lord Jesus.”

Powerpoint - from Colin Le Noury
From The Editors Desk
The Hidden Connection
From Our Israel Desk
The Parable Of The Ten Virgins
The Purpose Of Prophecy
Our Statement Of Belief
In Touch
Coming Events
Fromn Our Postbag
Standing Order Form
Signs Of The Times
Church Branch Listings
Be A Philadelphia Type Of Believer
What In The World Is Happening?
What's On
Book Of The Month