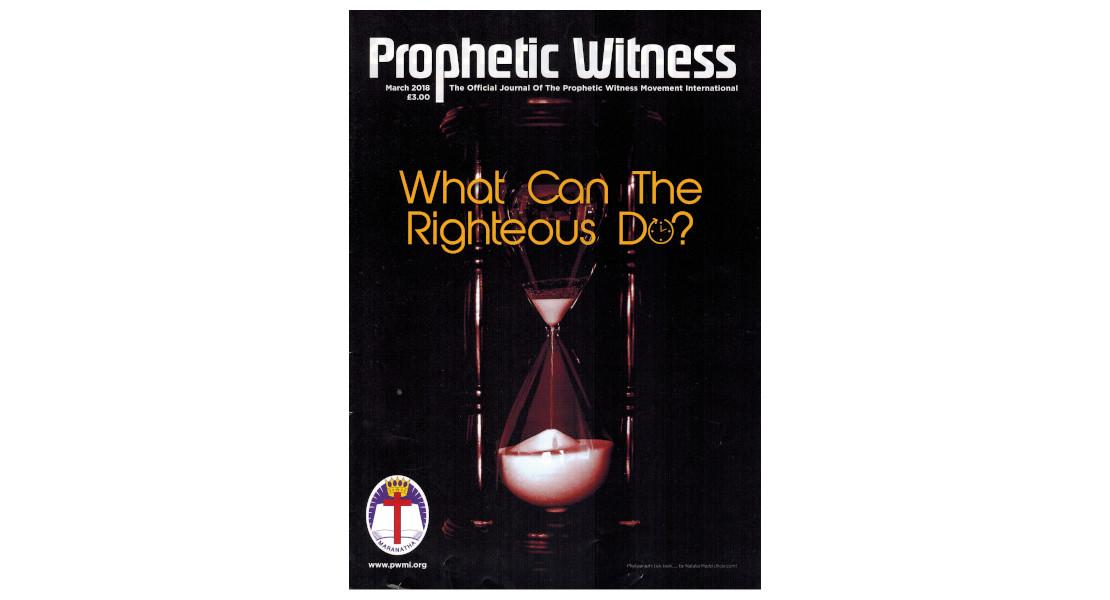 What Can The Righteous Do?

... We are now living in a day when even unbelievers are noticing that everything that was nailed down is coming loose! There’s a whole lot of shakin' going on! Our cultural heritage is being rapidly dismantled by the removal of ancient boundary stones. God says, "Do not move an ancient boundary stone set up by your forefathers" (Proverbs 22:28). Brick by brick our Judeo-Christian culture - the way we do things - is being collapsed and removed to disappear into some politically correct landfill site.

Psalm 11
David asks a searching question in Psalm 11 v 3, "When the foundations are being destroyed, what can the righteous do?” This is the psalm in which David realizes that flight is out of the question because his security is in God who is steadfast. He says, “In the Lord I take refuge (v.1 ) - - - The Lord is in His holy temple; the Lord is on His holy throne (v.4) - - -  the Lord is righteous, He loves justice: upright men will see His face" (v7).

Powerpoint from Jon Ikin
What Can The Righteous Do?
Why Does Salvation Require The Cross?
Credo
Our Statement Of Belief
Thy Kingdom Come
In Touch
Signs Of The Times
From The Desk Of John Williams
Balaam - The Prophet From Pethor
From Our Israel Desk
What In The World Is Happening?
What's On
Book Of The Month