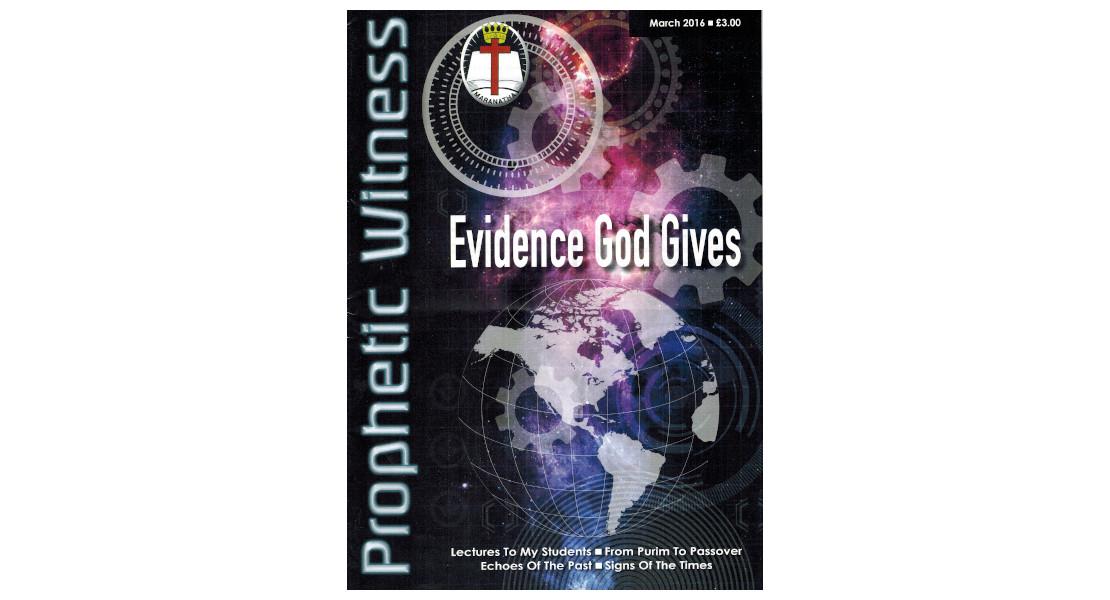 There are three major ways God presents evidence to the human race to confirm his existence; firstly in Romans chapter one Paul tells us that all men are without excuse because the evidence for God is revealed in everything that has been made. Creation and the natural world all display his glory, including the heavens. Unfortunately, scientific rationalism which has permeated western minds since the time of Darwin has all but destroyed that piece of evidence in the thinking of most people, who now believe that everything around us is the result of random chance. But for those who believe the truth of his Word, the glory of our God is revealed in the wonder of his creation. We see in the intricate design of everything, clear evidence of the designer himself.