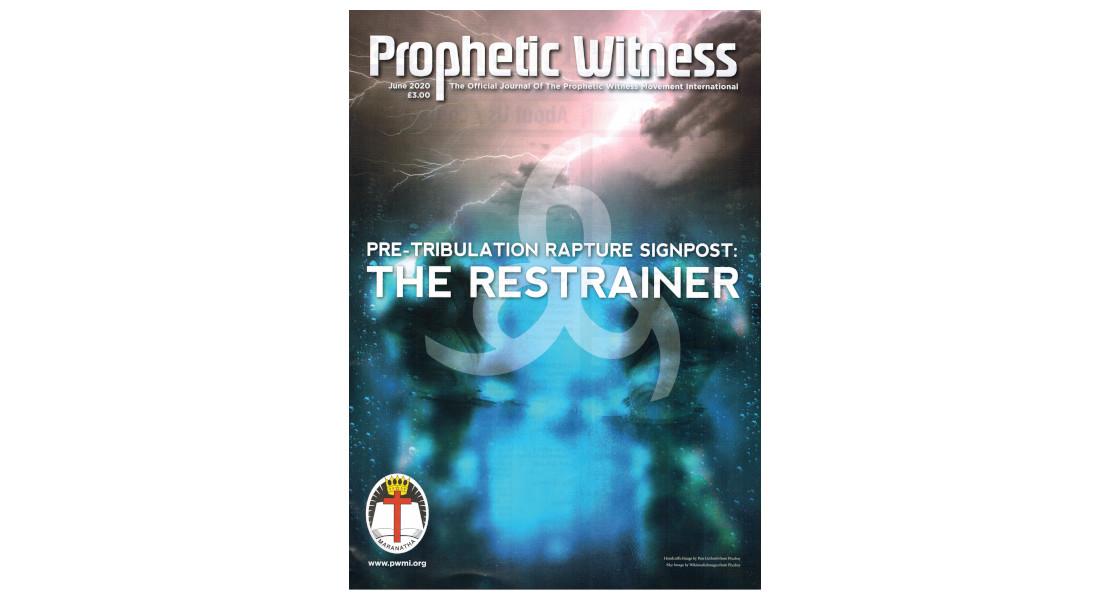 The false report informing the Thessalonians that the day of the Lord had already begun, put the new believers there in a state of severe panic. In response, Paul assured them this was not the case, and then provided evidence to back up his assertion.

This brings us to the next word on our signposts: “Restrainer.” Why is this word so significant? A key event at the start of the tribulation, the revealing of the antichrist, cannot happen until God removes this “Restrainer”, who is currently holding back his unveiling to the world.

In 2 Thessalonians 2:3, Paul writes, “Let no one deceive you in any way. For that day will not come, unless the rebellion comes first, and the man of lawlessness is revealed, the son of destruction.” The apostle later identifies the “restrainer” as the one preventing the revealing of this “man of lawlessness,” the antichrist (2:7-8).

The Identity of the “restrainer” is the key to understanding the events of 2 Thessalonians 2:3 that tell us the day of the Lord has not yet begun, starting with the departure.

As I explained in a previous post, the word “rebellion” in 2 Thessalonians 2:3 can either refer to a physical departure or that of leaving the true biblical faith. As Dr. Andy Woods explains in his book, ‘The Falling Away’, the Greek word “apostasia simply means ‘to stand away from’ or ‘to depart.’ Only by examining how this word is used in its immediate context will we determine what the departure is from, whether it be a spiritual or physical departure.” [i]

The definite article in front of apostasia tells us Paul has a definite event in mind, one that his readers would know, based upon Paul’s previous teachings. However, Paul never mentions a spiritual apostasy in either of his epistles to the Thessalonians and offers no additional clarifying information that would enable his readers to identify that this departure as being spiritually related. The only departure of which his readers would recognize, is that of the rapture.

From the Thessalonians’ point of view, they had no other perspective from which to view the “departure” other than as a physical one.

I know many of you will disagree with me on this point and I have no problem with that. Until recently, I also advocated the spiritual apostasy interpretation in 2:3. However, my study during the past several months has caused me to regard the departure of 2 Thessalonians 2:3 as the rapture, a physical departure. I base my conclusion on the points I make above and in my previous article on the matter.

THE IDENTITY OF THE RESTRAINER

Over the years, various Bible commentators have identified the restrainer as the Roman Empire, an assortment of other human governments, the preaching of the gospel, and Michael the archangel. The problem with all of these ideas, is that they do not have the strength to restrain such a force backed by the power of Satan and ...

Powerpoint - from Alec Passmore
From The Editors Desk
Pre-Tribulation Rapture Signpost - The Restrainer
Signs Of The Times
The Doctrine Of Future Events
Our Statement Of Belief
It's Time To Repent
Shocking Conditions in the United Kingdom
The Four Great Prophets
In Touch
From Our Israel Desk
Encouraging Keys for End-Time Believers
What In The World Is Happening?
What's On
Church Branch Listings
Book Of The Month