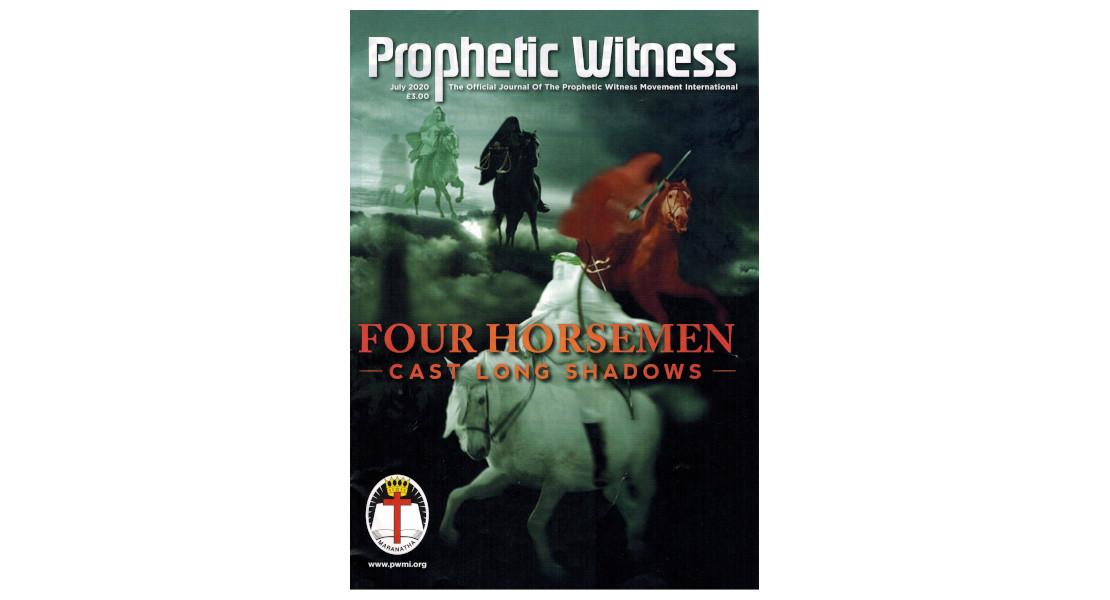 The opening days of a new decade mock the optimism for environmental relief as devastating bush fires set much of Australia’s residential areas ablaze. A ninety-eight year old agnostic naturalist and a sixteen year old Swedish schoolgirl are heralded as heroes in the struggle for global survival! The voices of those who treasure the Bible as an authoritative source of apocalyptic revelation are ignored or scorned. The idea of a righteous God intervening in judgment in His own Creation is anathema to the multitudes. Three days into the new decade and international conflict escalated dangerously in the Middle East; the region chiefly identified for end-time wars. No student of prophecy this side of the Rapture dares to be specific about all sequences, or every identity, but we are abundantly provided with signs of the times to keep us on our toes.

Everybody seems to have heard of ‘The four Horsemen of the Apocalypse’, the ominous number 666 and the Battle of Armageddon - everybody, that is, except a lot of people in our congregations who should be aware of them. The secular world and film producers have adapted them into the world of fantasy and science fiction, unaware that they concern coming judgment on a world in rebellion against its Creator.

In this series of short articles, we will look at the four ‘horsemen’ described in Revelation chapter 6, who go forth in turn as the Lamb opens the first four seals of the scroll, which He is to take from His Father’s right hand. This month we are more concerned with the awesome scene in Chapters 4 and 5 of Revelation (the chapter division is superfluous). It takes only a few minutes to read these two short chapters, so I will not give verse numbers. All references are from Revelation unless otherwise stated.

Because all of these matters - the horsemen, 666 and Armageddon - concern what happens after the Rapture of the Church, we who are currently believers are not going to experience the earthly consequences of the opening of the seals; in Heaven we will actually witness the Lamb opening the seals. However, God has recorded these for our information whilst here on earth, and we need to be aware of them. Those who come to faith ...

Powerpoint - from Tim Palmer
From The Editors Desk
Four Horsemen Cast Long Shadows
In Touch
From Our Israel Desk
It's Time To Repent
Confessions Of A Watcher
Our Statement Of Belief
Signs Of The Times
Ignorance Is NOT Bliss
Standing Order Form
It Is The Last Hour
From Our Post Bag
What In The World Is Happening?
What's On
Church Branch Listings
Book Of The Month