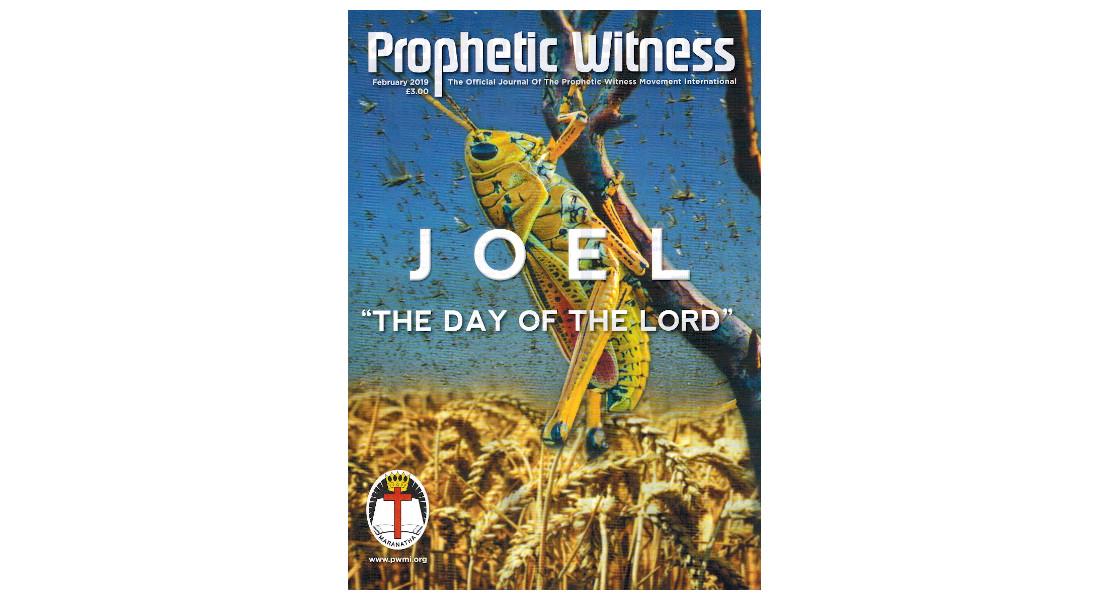 The prophet Joel whose name means “the Lord is God" prophesied in the days of young king Joash who reigned in Judah from 835 BC to 796 BC. Joash was the eighth king of Judah and although he began well enough he finished badly becoming a cruel tyrant who sanctioned the stoning of Judah's high priest.

The theme of the book is the “Day of the Lord" which is one of the great prophetic themes of scripture. It's a day that casts it's shadow over the entire prophecy of Joel and it is a day that looms on the near horizon for planet earth. It’s a long day which begins in judgment and ends in glory and it has both a present partial fulfilment and a final future fulfilment in the prophecy of Joel.

There are four aspects to it in the three chapters of Joel.

THE ANTICIPATION OF THE DAY OF THE LORD (1 v1-12, 15-20, 2 v1-11)
”Hear this". “awake” & “lament” are some of the terms Joel uses to get the attention of Judah. But why? Well because the "Day of the Lord was at hand.” Keep in mind the law of double reference where prophecies can have a present partial fulfilment as well as a final future fulfilment. The final future fulfilment of the ”Day of the Lord” will be during the tribulation period to come but the present partial aspect of it was anticipated by the prophets when judgment is threatened to descend upon the nation at various times. Every Day of Judgment on Judah and Israel is a day of the Lord but there will be an ultimate day of the Lord, the likes of which has never before been seen. Described elsewhere as “a time of trouble such as never was since there was a nation even to that same time." Joel in this section of his prophecy has two poignant things to say about the “Day of the Lord."

The desolation of the day of the Lord (1 v1-12 & 15-20)
God announced through Joel, his prophet, that a day of divine visitation was surely coming and that it would take the form of a huge plague of locusts. Locusts are among the most feared of natural disasters in the world because of the devastation they cause, they just clear all before them. In 1888 a swarm of locusts estimated to extend for 2,000 square miles passed over the Red Sea area, it was worked out that the weight of the swarm would have been a staggering 42,850 million tons.

The threatened plague of locusts in Joel's day was ...

Powerpoint - from Colin Le Noury
Joel "The Day Of The Lord"
Christ In Prophecy
From Our Israel Desk
How Can We Categorically Say That God Has Not Finished With The People Or City Of Jerusalem!
Signs Of The Times
In Touch
Certainties And Uncertainties In Daniel
Psalm 45: "The Glories Of The Messiah & His Bride"
The Tragedy Of Ecumenical Unfaithfulness Or A Tale Of Two Sisters
Our Statement Of Belief
Church & Branch Listings
What In The World Is Happening?
What's On
Book Of The Month