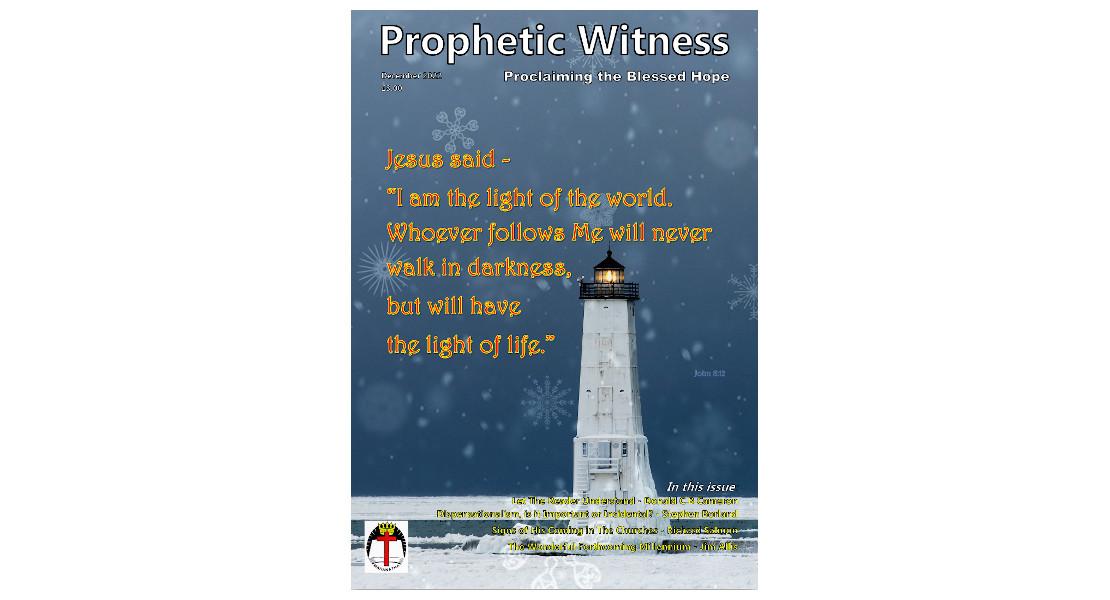 Mark’s words in his chapter 13:14 are a command, not an invitation; it refers to something foretold long ago, which would happen as Christ’s Return is approaching. But many do not even try to understand. The study of prophecy is seen as a trivial pursuit for enthusiasts and fanatics. How many PW readers have, like me, preached or written as convincingly as they were able about end-time prophecy with little success? Are there other options?

Paul, in his Second Thessalonian epistle, writing about the Lord’s Coming, said: “Do you not remember that when I was still with you I told you all these things?” (2:5). Paul had spent only a very short time at Thessalonica with the newborn church; but, among other doctrines, he had evidently taught them all about the Resurrection, the Rapture, the Tribulation period and the Antichrist or coming man of sin. Paul evidently regarded prophecy as being as important as most other doctrines, and so should we.

We are familiar with Peter’s prophecy of latter day scoffers regarding the promise of Christ’s Coming; scoffers who are creationists, but in other respects, Bible believing (see 2 Peter 3:3-5). Peter was not talking about atheists or agnostics. There are plenty of such scoffers around today. But Peter did not say that all would be scoffers, or even the majority, although that is often assumed to be the case. However, current crises’ are alerting more and more believers, including perhaps former scoffers, to the possibility of our Lord’s returning in the foreseeable future. On no account dare we class them as scoffers. Now is the time to cater for their anxieties, to encourage their research and to heighten their expectations.

It is becoming ever more obvious to the unprejudiced that the Post-Millennialist claim that Christ will not, or cannot, return until the Church has ‘Christianised’ the world and made it ‘fit’ for Him to come back, has no Scriptural basis. More are accepting that Christ is going to return at earth’s darkest hour, not its brightest.

In this article I am dealing with the most basic facts of yet-to-be-fulfilled prophecy. Once the basic facts are accepted, there should be an appetite for further understanding. Our instructing people to understand seldom works. If they refuse to obey the Gospel writers, what chance have we? What is far more successful, is giving people a few pointers from Scripture and letting them come to an understanding themselves.

(Please note: Only part of this article has been reproduced here. )

Powerpoint - Tim Palmer
From The Editor
In Touch with the General Director
Let The Reader Understand - Donald CB Cameron
Dispensationalism, is it Important or Incidental? - Stephen Boreland
Signs of The Times - Tony Pearce
Signs of His Coming in The Churches - Richard Salmon
Israel Desk - Tony Pearce
The Wonderful Forthcoming Millennium - Jim Allis
What In The World Is Happening? - Brian Papworth
‘What’s On?’
Book Of The Month