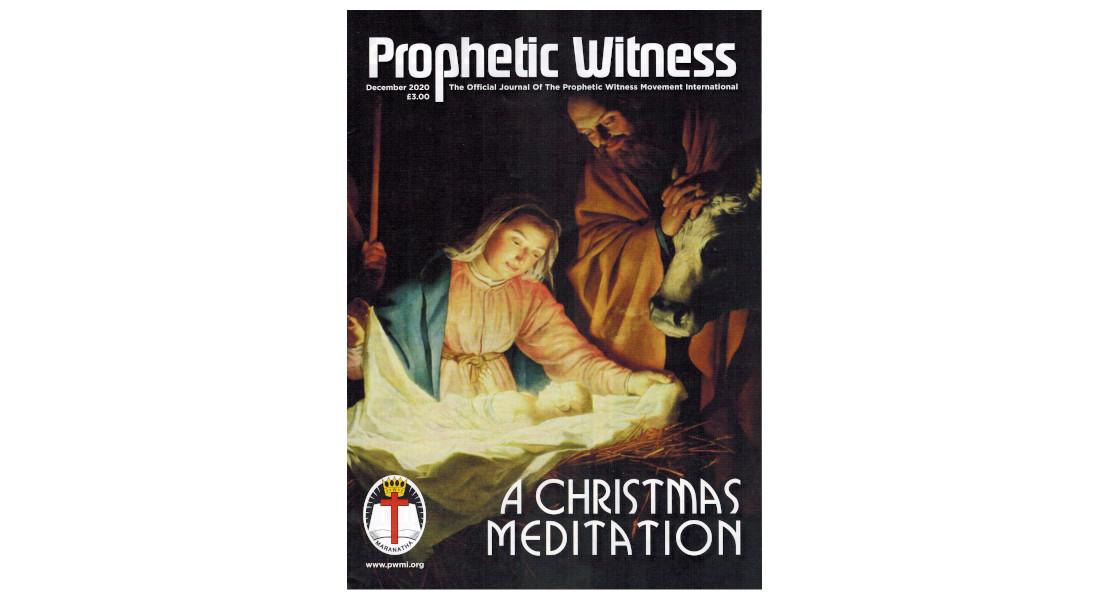 Away in a Manger!

The meaning of the Manger

At the time of our Saviour’s birth, an Angelic host appeared to certain shepherds as they watched over their flocks. The angels had a special message for the shepherds: it was in three parts. (See Luke 2: 8 - 14.) First, they announced that they had come to bring ‘good tidings of great joy that would be for all people!’ Then, speaking to the shepherds directly, they said, ‘unto you is born this day in the city of David [Bethlehem] a Saviour who is Christ the Lord,’

Finally, they told the shepherds this shall be a sign unto you, ‘you will find the babe wrapped in swaddling clothes, and lying in a manger.’ The question immediately arises: in what sense was the manger a sign to the shepherds?

Well think of it like this: Bethlehem was crowded at that time because of the Emperor’s decree that the whole world (i.e. The Roman world) should be taxed. This census required every man to be in his hometown for the event. Consequently, Bethlehem was crowded: in fact, it was over- crowded to such a degree, that when Joseph and Mary arrived, there was no room for them in the INN.

It is quite likely, therefore, that several babies may have been born in Bethlehem that night. How would the shepherds identify the babe they were looking for? Every last baby would, of course, be wrapped in swaddling clothes, but only one would be lying in a manger!

And because what they found, agreed with what they had heard, the shepherds had no doubt that they had found the Christ child who had just been born of Mary. The manger, therefore, pointed out the uniqueness of the babe announced by the Angels.

The uniqueness of Christ

Jesus birth was an incarnation when the ever existing God, in the person of the Son, assumed a human form and became one of us for our salvation and that He might bear our curse and set us free from the slavery of sin! Great is the mystery of the incarnation; God was manifest in flesh! (1 Tim. 3:16)

God contracted to a span,
Incomprehensively made man!

But the Lord Jesus was also unique in His life. Jesus Christ is the one grand exception to the universal rule that: ‘there is no man living who sins not’ (2 Chron. 6:36). And again: ‘All have sinned and come short of the glory of God’ (Rom. 3:23). He was born without sin and He lived without sinning!

The greatest human testimony to His sinlessness, was probably that borne on the very day of His death. Early that day, Pilate the Judge declared, ‘I find no fault in this man.’ And even the Judge’s wife was moved to write to her husband and say, He was a just man!

At noon, the penitent, one of the two crucified with Him, cried out to his companion, ‘We receive the due reward of our deeds, but this Man has done nothing amiss.’ Finally, ere the day was through, the Centurion in charge wrung his hands and confessed, ‘Truly this was a righteous man.

Because a sinless Saviour died,
My sinful soul is counted free!

Unique in His birth and in His life, the Lord Jesus was also unique in His Death. At the place called Calvary, on the cruel cross, He died for sins, but not His own! He died for our sins according to the scriptures.

Of course, some man will say, how could the death of one man accomplish salvation for all men? The answer is quite simple: it depends upon who that man was, and since that Man was (and is) Himself God; and God is infinite, then His sacrifice is of infinite value. In His death He paid into the bank of Heaven a ransom far more than enough to meet the need not just of this writer and this present reader, but of every sinner who will come in repentance and faith and put their trust in Him!

In addition to all that, the Lord Jesus was unique in His Resurrection. When He told His hearers that if they would destroy this Temple, He would raise it up in three days, they thought He was mad.

They said, ‘forty-six years was this Temple in building, and will He raise it up in three days?’ But He was speaking of the Temple of His body.

The dissolution, as they saw it, took place at the time of His crucifixion. But then, on the third day, death could no longer keep its prey; He tore the bars away and up from the grave He arose. And today, we serve a risen Saviour: One who became dead, but now is alive for evermore!

Powerpoint - from Kevin Cowdrey
From The Editor's Desk
The General Director's Annual Report 2020
A Christmas Meditation
Why Should I Care?
Signs Of The Times
The Prophetic Future
The Fall Of Lucifer
Our Statement Of Belief
From Our Israel Desk
Encourage One Another!
Subscriptions
In Touch
Xmas Or Christmas?
What's On
Church & Branch Listings
Book Of The Month