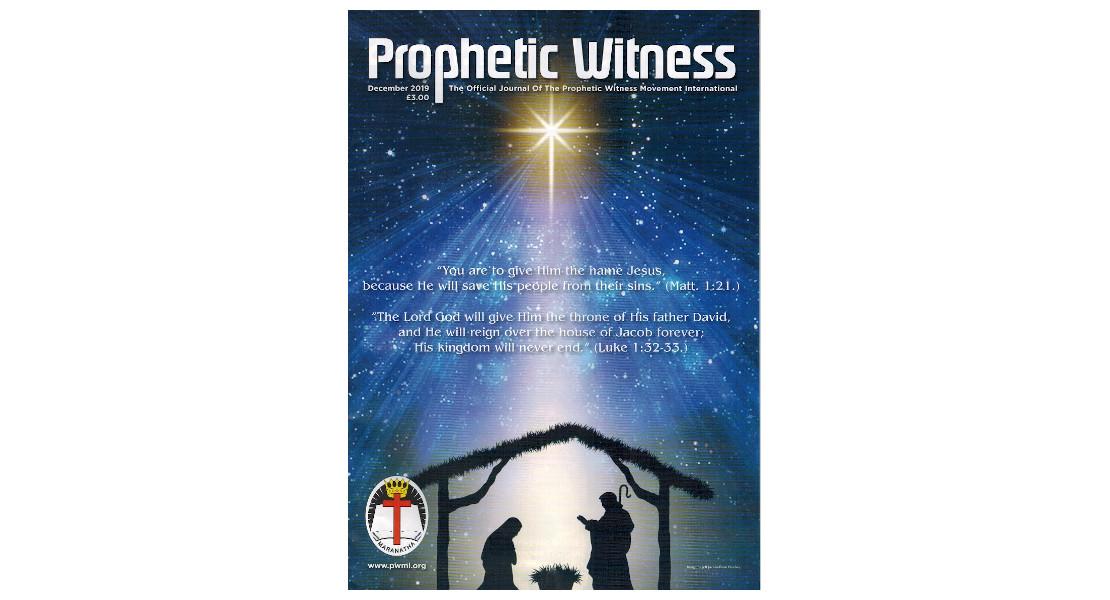 THE JOY OF CHRISTMAS

The promise of a coming Saviour was first spoken of by God to the serpent in the Garden of Eden. The seed of the woman was to crush his head. Genesis 3:15.

Adam and Eve must have been overjoyed at the prospect of a promised Saviour. They had as yet no children, and the first thing they did when banished from the garden was to get on with being fruitful and increasing in number. Genesis 4:1.

But it was not to be that straight forward. Man had a lot to learn. Salvation comes at a price and redemption is very costly. "No man can redeem the life of another or give to God a ransom for him - the ransom for a life is costly, no payment is ever enough - that he should live on for ever and not see decay.” Psalm 49:7-8.

Whether she did or not, she was left with no doubt that her Son Jesus was to be King and reign for ever and that He would be called the Son of the Most High and Son of God. Luke 1:26-38. And her spirit rejoiced in God her Saviour. Vs. 47.

"For God so loved the world that He gave His only begotten Son, that whoever believes in Him shall not perish but have eternal life.” John 3:16. "The Father has sent His Son to be the Saviour of the world” 1 John 4:14. "Good news of great joy for all the people” Luke 2:10.

Mary had an inclination of what lie ahead when Simeon told her that a sword would pierce her own soul. Luke 2:35. But if anyone wanted to step into her shoes for the joy of giving birth to Israel’s Messiah and Saviour, what mother would change places with her thirty three years later when she watched her Son Jesus crucified on the cross?

As we again celebrate the joy of that first coming of Christ into the world in humility, let’s joyously remember too, that the return of the Lord Jesus Christ in glory, is closer than ever. Praise the Lord - Maranatha.

Powerpoint - from Richard Salmon
Insights Into Isaiah
The Choice - The Bible Or Evolution
Our Statement Of Belief
In Touch
From Our Israel Desk
Put Your Hope In Christ
Church Branch Listings
Certainties And Uncertainties in Daniel
Christ In Prophecy
PWMI Youth Work Report 2019
Signs Of The Times
What In The World Is Happening?
What's On
Book Of The Month