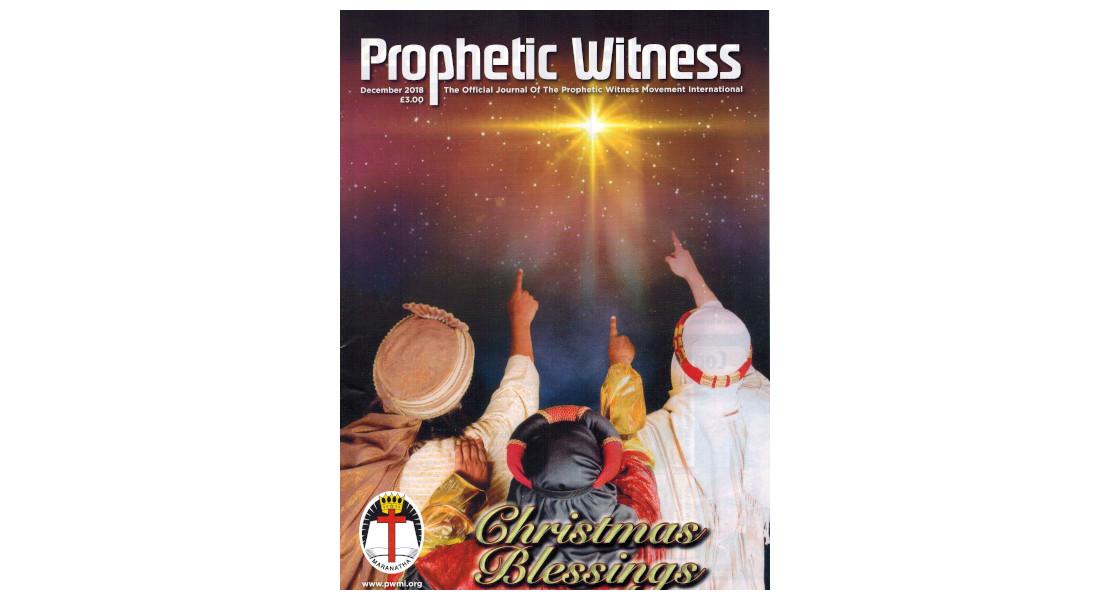 To say that three Wise men Came from the east to Jerusalem to visit the Saviour at the time of his birth is sure to expose us to challenge. True, we cannot be sure of the exact number but since there were three presentations; gold, frankincense and myrrh, it is not unreasonable to assume that there were three presenters, hence the term, ’The Three Wise Men‘.

Of course, the number of the men was not important; it was what they said on their arrival that was important, we might say it was supremely important. As they swept through the gates of the Holy City they lifted up their voices, and cried out in unison, 'Where is He that is born King of the Jews?’

Remarkably, that one question encapsulated the predictions that had gone before concerning Him. While it is correct to sing, 'A new king is born this day' the reality is that from the beginning of time and through promise, prediction and prophecy, His coming had been announced.

At the very beginning and before our first parents had been expelled from the Garden of Eden they were given the promise of a coming redeemer. This meant that even in the day of their alienation from God, although now fallen, our first parents were not without hope. They had before them the certain hope of a coming deliverer.

In time that wonderful hope would find its expression, not in an angel or an archangel, not in the choicest of the cherubs or the stateliest of the seraphs, not in Michael or Gabriel, but in a man who would be born of a woman! The prediction was that ’the seed of the Woman would bruise the serpent’s head' (Gen. 3: 15).

But two thousand years passed and still that man had not appeared. However, Abraham was now upon the scene and in the covenant made with him God revealed that the coming deliverer would not only be the seed of the woman, and therefore a man, he would also be the seed of Abraham, and therefore a Jew for the Jews came in with Abraham. The promise was that in Abraham's seed all families of the earth would be blessed. (See also Galatians 3: 76.)

Another thousand years ran their course and still the promised redeemer had not appeared. But David was now king in Jerusalem ...

Powerpoint - from Jon Ikin
A Christmas Meditation
God Holds The Key
Our Statement Of Belief
From Our Israel Desk
Certainties And Uncertainties In Revelation
Church & Branch Listings
Christ In Prophecy
In Touch
Signs Of The Times
Subscriptions
Antichrist, The Great Imitator
What In The World Is Happening?
What's On
Book Of The Month