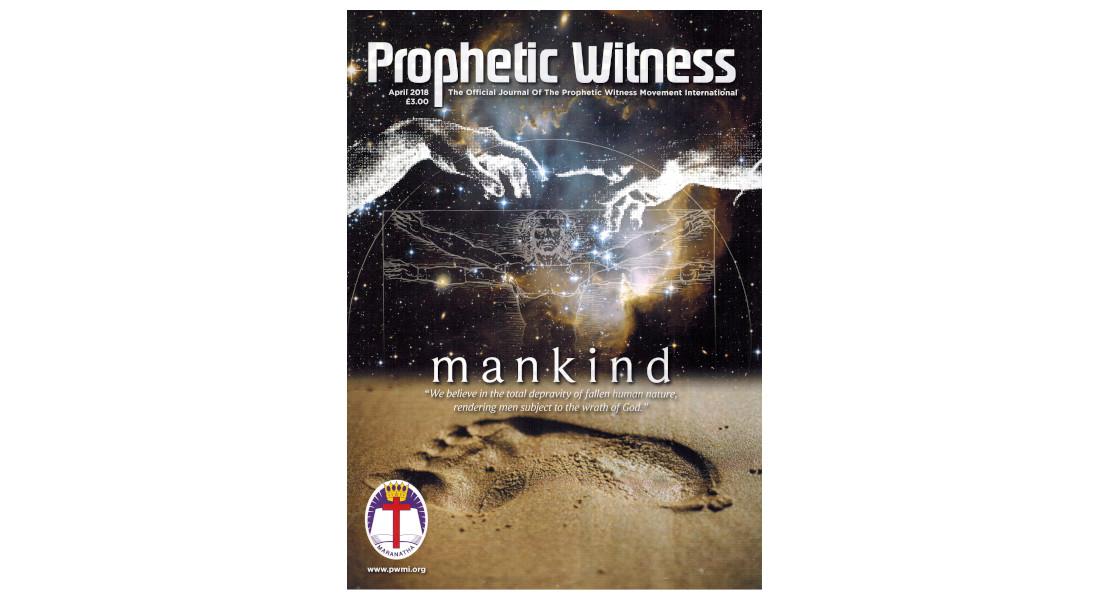 A series of studies on our Statement of Belief
by Rev. Ian Macpherson
(late Editor of Prophetic Witness magazine).

"We believe in the total depravity of fallen human nature, rendering men subject to the wrath of God."

According to Dr John Lightfoot, an eminent scholar of the seventeenth century, man was created at a quarter to nine on Saturday morning, October 23, 4004 BC. The timing is so precise that one might be pardoned for supposing that the good doctor had been present on the occasion. It goes without saying that he was not, and a point often missed in discussions of human origins is that, from the very nature of the case, we are bound to be totally dependent for any reliable information on the subject upon one Person - the Person who was there. We have really no option but to depend solely on the Word of God. Of this the Lord reminded Job when He addressed him out of the whirlwind: “Where wast thou when I laid the foundations of the earth? Declare, if thou hast understanding" (Job 38:4).

Others who speak with what is almost tantamount to the authority of eye-witnesses about human origins are the evolutionists. They talk with the glibness of those who have inside information, referring not to a Fall but to a Rise.

And age by age since time began
We mark the steady rise of man.

But Man is not by nature an ape on the way up: he is angel on the way down.

Powerpoint from Dr Stephen Boreland
Credo
Signs Of The Times
In Touch
Our Statement Of Belief
Balaam - The Prophet From Pethor
Thy Kingdom Come
The Cross - A Stumbling Block To The Jews And Foolishness To Gentiles
From Our Israel Desk
The Israel Of God
What In The World Is Happening?
What's On
Book Of The Month