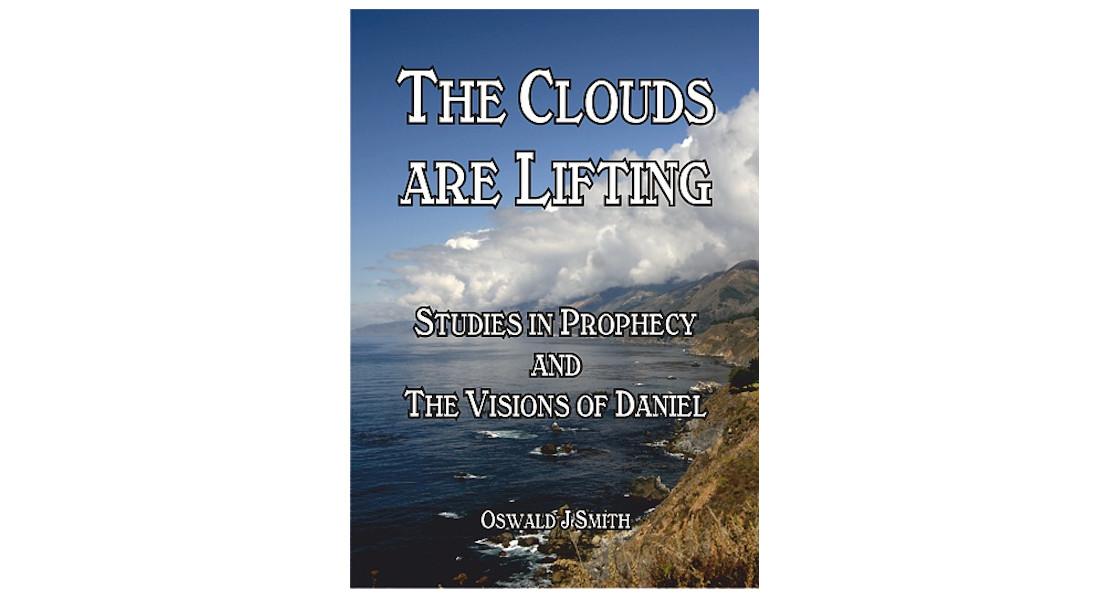 The Clouds Are Lifting

Studies In Prophecy And The Visions Of Daniel

The past few months have been a very dark time for our nation and for the world. Whilst Covid-19 is still a threat to be taken seriously, there are moves to try and restore some semblance of normality. We remain hopeful that ‘the clouds are lifting.’

This book of the same name is a reprint of a work last century by the late Oswald J Smith, former pastor of The Peoples Church, Toronto, and a speaker on our UK platforms. It is sub-titled, ‘Studies in prophecy and the visions of Daniel.’ Clearly the Babylonian exile was a dark time in the history of the Hebrew people and much of Daniel's prophecy looked forward to brighter days when the clouds would be lifted.

After a general opening chapter on the signs of the times, Oswald Smith turns his attention to what Daniel had to say about the last days. He covers the well understood prophecy of Nebuchadnezzar’s image, the four beasts, the seventy weeks determined upon the Jewish people, the return of Christ and the coming Millennial Kingdom.

The writer works through these prophecies, equating them with other scriptures, giving us a clear understanding of this most important of prophetic books, showing that God in heaven is in control of the affairs of men. It is best summed up in Smith’s own words, ‘If we desire to discover what will happen next - as to when the clouds will lift - we must turn to the Bible, for there is no other source of information, which reveals to us the spoken word of God.’

This is an encouraging inspirational book; although the author’s use of the term ‘Palestine’ rather than ‘Israel’ should be understood to reflect the time when it was written, prior to the establishment of the modern State of Israel.