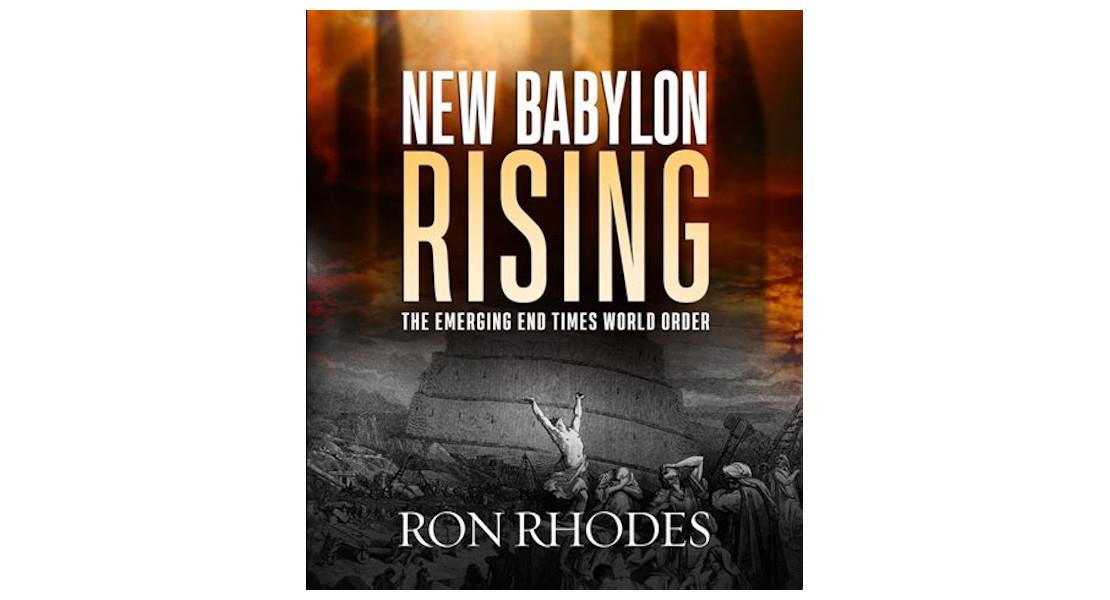 This book is sub-titled: ‘The emerging end times world order’ and looks at the final powerful kingdom run by the antichrist in the days following the rapture and immediately before Christ's return to set up His own millennial kingdom.

Rhodes, who is an excellent Bible teacher, and president of ‘Reasoning from the Scriptures Ministries’, makes an excellent case for the literal interpretation of the scriptures and sees the Babylon of Revelation as a powerful commercial city situated on the River Euphrates and exercising world power and influence.

He relates the Revelation prophecies to the Old Testament and in particular to the books of Genesis and Daniel for their origin. A whole chapter is dedicated to the role of the antichrist and another to the mark of the Beast cashless system.

Two chapters are dedicated to the destruction of commercial Babylon and another two to 'near term expectations’, which point to the days of the emergence of the new Babylon. The writer also makes a case for 'Mystery Babylon’ to arise out of this literal city. His arguments are convincing, although I have always believed that it will come out of Rome and Romanism. Whatever your belief, Rhodes presents us with a thoughtful and interesting read.

The book is acomprehensive and readable one with over 250 pages - I recommend it as a new and insightful look at a much discussed subject in recent years with so much focus on Middle East affairs.